Tamiflu & Relenza: how effective are they? 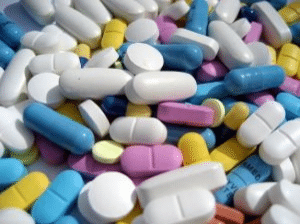 Tamiflu (the antiviral drug oseltamivir) shortens symptoms of influenza by half a day, but there is no good evidence to support claims that it reduces admissions to hospital or complications of influenza. This is according to the updated Cochrane evidence review, published today by The Cochrane Collaboration, the independent, global healthcare research network and The BMJ. Evidence from treatment trials confirms increased risk of suffering from nausea and vomiting. And when Tamiflu was used in prevention trials there was an increased risk of headaches, psychiatric disturbances, and renal events. Although when used as a preventative treatment, the drug can reduce the risk of people suffering symptomatic influenza, it is unproven that it can stop people carrying the influenza virus and spreading it to others.

The latest updated Cochrane Review: Neuraminidase inhibitors for preventing and treating influenza in healthy adults and children, is based on full internal reports of 20 Tamiflu (oseltamivir) and 26 Relenza (zanamivir) trials. These trials involved more than 24,000 people and the findings challenge the historical assumption that neuraminidase inhibitors are effective in combating influenza. The evidence also suggests there are insufficient grounds to support the use of Tamiflu in preventing person-to-person spread of influenza. This raises further questions about the most effective way to support drug regulation and public health policy decision-making. Claims about the effectiveness of Tamiflu against complications were a key factor in decisions made by governments around the world to stockpile these drugs in case of a pandemic. The US has spent more than $1.3 billion buying a strategic reserve of antivirals, while in the UK the government has spent almost £424 million  for a stockpile of about 40 million doses*.

In 2009, a lack of access to available trial data hampered the efforts of the Cochrane researchers to verify the safety and effectiveness of Tamiflu – and led to questions over decisions to stockpile the drug while the risks and benefits remained uncertain. Today, The BMJ and Cochrane issue a joint call to government and health policy decision makers the world over, asking in light of the latest findings from the Cochrane Review, would you make the same recommendations today, choosing to stockpile Tamiflu?

Compared with a placebo, taking Tamiflu led to a quicker alleviation of influenza-like symptoms of just half a day (from 7 days to 6.3 days) in adults, but the effect in children was more uncertain. There was no evidence of a reduction in hospitalisations or serious influenza complications; confirmed pneumonia, bronchitis, sinusitis or ear infection in either adults or children. Tamiflu also increased the risk of nausea and vomiting in adults by around 4 percent and in children by 5 percent. There was a reported increased risk of psychiatric events of around 1 percent when Tamiflu was used to prevent influenza. Evidence also suggests that Tamiflu prevented some people from producing sufficient numbers of their own antibodies to fight infection.

The worldwide use of Tamiflu, has increased dramatically since the outbreak of H1N1 virus (Swine Flu) in April 2009. It was initially believed that it would reduce hospital admissions and complications of influenza, such as pneumonia, during influenza pandemics. However, the original evidence presented to government agencies around the world was incomplete. The Cochrane Review has benefited from access to more complete reports of the original research, now made available by the manufacturers, Roche and GlaxoSmithKline.Although the review has confirmed small benefits on symptom relief, there is little to justify any belief that it reduces hospital admission or the risk of developing confirmed pneumonia. Along with the evidence of harms from the medication, it raises the question of whether global stockpiling of the drugs is still justifiable given the lack of reliable evidence to support the original claims of its benefits.

Dr David Tovey, Editor-in-Chief, Cochrane, said: “We now have the most robust, comprehensive review on ‘neuraminidase inhibitors’ that exists. Initially thought to reduce hospitalisations and serious complications from influenza, the review highlights that Tamiflu is not proven to do this, and it also seems to lead to harmful effects that were not fully reported in the original publications. This shows the importance of ensuring that trial data are transparent and accessible.”

Dr Tom Jefferson, Dr Carl Heneghan, Dr Peter Doshi, authors of the review,Cochrane Neuraminidase Inhibitors Review Team, said: “Drug approval and use cannot be based on biased or missing information any longer. We risk too much in our population’s health and economy. This updated Cochrane review is the first time a Cochrane systematic review has been based only on clinical study reports and regulator’s comments. It is the first example of open science in medicine using full clinical study reports available without conditions. And therefore the conclusions are that much richer. We urge people not to trust in published trials alone or on comment from conflicted health decision makers, but to view the information for themselves.”

The review clearly recommends that guidance on the use of both neuraminidase inhibitors (oseltamivir and zanamivir) in the prevention or treatment of influenza should be revised to take account of the evidence of small benefit and increased risk of harms.

Dr Fiona Godlee, Editor-in-Chief, British Medical Journal, said: “This review is the result of many years of struggles to access and use trial data, which was previously unpublished and even hidden from view. It highlights with certainty that future decisions to purchase and use drugs, particularly when on a mass scale, must be based on a complete picture of the evidence, both published and unpublished. We need the full data from clinical trials made available for all drugs in current use. With the new European Clinical Trials Directive bringing in rules for future drugs, it highlights the enormous challenge we face. We need the commitment of organisations and drug companies to make all data available, even if it means going back 20 years. Otherwise we risk another knee-jerk reaction to a potential pandemic. And can we really afford it?”

*Reference: HHS spent nearly a quarter of the funds (about $1.30 billion) on activities related to developing and stockpiling antiviral drugs. GAO reportwww.gao.gov/assets/330/320181.html

The Department of Health spent £424 million on stockpiling Tamiflu. www.publications.parliament.uk/pa/cm201314/cmselect/cmpubacc/295/295.pdf

Authors of the review from the Cochrane Neuraminidase Inhibitors Review Team include:

The Cochrane Library is published by Wiley on behalf of Cochrane.
Wiley is a global provider of content-enabled solutions that improve outcomes in research, education, and professional practice. Our core businesses produce scientific, technical, medical, and scholarly journals, reference works, books, database services, and advertising; professional books, subscription products, certification and training services and online applications; and education content and services including integrated online teaching and learning resources for undergraduate and graduate students and lifelong learners.www.wiley.com

Cochrane is a global independent network of researchers, health professionals and consumers of healthcare; carers, advocates and people interested in health. It responds to the challenge of making the vast amounts of evidence generated through research useful for informing decisions about health. Cochrane is a not-for profit organisation with collaborators from over 120 countries working together to produce credible, accessible health information that is free from commercial sponsorship and other conflicts of interest. www.cochrane.org . Follow us on twitter @cochranecollab

BMJ is a healthcare knowledge provider that aims to advance healthcare worldwide by sharing knowledge and expertise to improve experiences, outcomes and value.