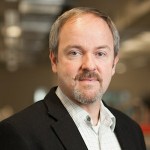 I have concerns with the undertaking of the Dobson paper [1] in the Lancet: how the results are presented, the harms of treatments and the peer review, which missed important issues that should be taken into account and addressed.

To put the Dobson results into context, if the results on hospitalisations were correct and we discounted all of the biases and the harms, then if the rate of circulating influenza in the population was 30%, (the rest was other viral infections referred to as influenza like illness) for every 1000 people treated 3 hospitalizations would be avoided.

The result also inform us that there is no benefit of using oseltamivir in the elderly, given there was no symptom relieving effect in this age group (over 65 years).

“The time ratio of oseltamivir versus placebo recipients was attenuated for high-risk participants (≥65 years or in chronic illness trial or chronic obstructive airways disease at baseline).” (See Figure 3 in the paper)

The main complication reported was lower respiratory tract complication more than 48 hours after randomisation requiring antibiotics. However, the Dobson paper confirms that the diagnosis of pneumonia was not based on a valid measure: “participant report and the investigator’s clinical judgment” and not on objective measure such as x-ray. Why these lack of definitions were not originally reported in the earlier papers is a major issue that has led to confusion amongst those who make clinical decisions. But, the Dobson paper confirms there is no evidence that oseltamivir reduces pneumonia.

The use of lower respiratory tract complications requiring antibiotics is not a clinically relevant outcome. Much of the reported effect on this outcome is driven by bronchitis, a condition for which antibiotics are not indicated, and acute bronchitis is often an indicator of respiratory syncytial virus (RSV) not influenza.  We know from the results of a Cochrane systematic review “There is limited evidence to support the use of antibiotics in acute bronchitis.’ (See box 1)

Furthermore, the Dobson paper used the same outcome as the Hernan study [3] of “oseltamivir and risk of lower respiratory tract complications in patients with flu symptoms.” This is puzzling as peer review should have picked up on the similarities of the analysis and that there was nothing new in this current paper, apart from one important deviation by Dobson, of only reporting complications beyond 48 hours, meaning the study had deviated from the important principle of intention to treat (see box 2).

I am unsure how the definition of 21.5 hours has been arrived at. Why not 22 or 23 hours? However, this symptomatic reduction is not new and adds little to what we already know. A more informative outcome, given the investigators had the IPD data would have been an analysis of those on and off rescue treatment (i.e. those taking paracetamol or not). There should be no reason why this analysis cannot and should not be done.

(38/2663 in the hospital arm versus 32/1731 in the placebo arm). Dobson splits the results into the infected group, which is misleading as multiple subgroup results often leads to spurious findings. Even presenting this best-case scenario the absolute effect is small (1%) for those with influenza and non-existent for those with influenza like illness.

In 2014 in the Annals of Internal Medicine, 7 out of 8 studies involving researchers with financial conflicts of interest came to positive conclusions about the effectiveness of neuraminidase inhibitors. But, only 5 of the 29 studies conducted by scientists who did not receive money had favorable outcomes. [5] It is time we took seriously the effects conflicts of interest have upon the reporting of clinical findings and looked purely beyond the spin to the important outcomes that make a difference to patients.

Conflict of interest
CH is a co-recipients of a UK National Institute for Health Research grant (HTA – 10/80/01 Update and amalgamation of two Cochrane Reviews: neuraminidase inhibitors for preventing and treating influenza in healthy adults and children—http://www.nets.nihr.ac.uk/projects/hta/108001).