Abandon exercise? Only if you believe unevidenced opinion 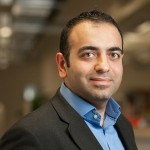 This morning the BBC (and other media outlets) ran a headline dissociating any link between rising obesity levels and a lack of physical activity. The story originated from an editorial piece written in the British Journal of Sports Medicine British Journal of Sports Medicine and an associated press release. The article itself is largely about emphasizing the relation between excess calorie intake and obesity, but the dismissal of the importance of physical activity was dangerous, based on the headline news it generated.

The editorial article in the BJSM by Dr Aseem Malhotra (cardiologist) starts by citing the February 2015 report  from the UK’s Academy of Medical Royal Colleges titled: “Exercise: The miracle cure and the role of the doctor in promoting it”. Page 12 of the report says: ““Physical activity helps to manage over 20 chronic conditions, including coronary heart disease, stroke, type 2 diabetes, cancer, obesity, mental health problems and musculoskeletal conditions”.

So physical activity is good for us,.right? Right!

And Dr Malhotra was one of the co-authors of the Academy of Medical Royal Colleges report.

Well, read Dr Malhotra’s editorial article in the BJSM, and things get a little confusing. Here is what he writes:

“In the past 30 years, as obesity has rocketed, there has been little change in physical activity levels in the Western population.2 This places the blame for our expanding waist lines directly on the type and amount of calories consumed.”

Hold on. Let me just get that straight. So what you are saying is:

Is that it? Is that the basis for the claim?

The BBC article cite Dr Malhotra as saying: “An obese person does not need to do one iota of exercise to lose weight, they just need to eat less.”

Oh dear, this is getting worse! So why is Dr Malhotra touting the value of exercise as co-author of the Academy of Medical Royal Colleges report  “Exercise – The Miracle Cure?” and then advocating that obese individuals don’t need to be doing any physical activity?

And what was the evidence for

that Dr Malhotra cited? Is it a systematic review? A realist review? Possibly even a specific trial? A complex intervention? In other words, proper evidence. …..None of the above, I’m afraid….. It’s from another opinion piece

It feels like it’s time to go back to the basics of evidence based medicine (big sigh).

You recently wrote an article for the BBC, titled “Exercise ‘not key to obesity fight’”. You cited an editorial written in the British Journal of Sports Medicine led by the cardiologist Dr Aseem Malhotra.

As a teacher and clinical practitioner I would like to explain the principles of evidence based medicine (EBM) to you. They revolve around patients (and the values dear to them), clinicians (and their knowledge and expertise from their clinical and social experience), and the best available medical evidence. When the combination of all 3 is applied to clinical decision making, only then can we say that one is practising evidence-based medicine. Granted, there will be times when one or more of the 3 principles takes greater precedence, but that is the beauty of EBM and the ability that it gives to tailor decisions to the needs of individual patients.

Nick, when evidence is used in decision making in this way, it should be good evidence, given that we are making decisions about people’s lives. Therefore, there is a hierarchy  of what counts as good sources of evidence. Unfortunately, expert opinion, the basis for your BBC report, is the lowest quality of evidence, as it comes with a high risk of bias.

Nick, as a health reporter, you and your colleagues in journalism have a responsibility to understand something about how evidence in medicine is acquired and applied and the implications of evidence for health care., I therefore invite you to come to spend a day with us to learn about EBM, in the hope that it will enrich your reporting.

10 comments on “Abandon exercise? Only if you believe unevidenced opinion”