Why we need Evidence for Aid 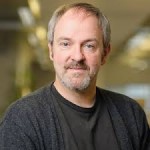 In humanitarian disasters  you need people with acute trauma care skills to find and rescue those who can be saved. In these initial stages providing clean water, food and temporary shelter are priorities, followed by emergency health services. However, once the camera’s have gone, the fundraising has stopped and attention has focused towards the next disaster there are still huge infrastructure and healthcare issues that need sorting.

From a healthcare perspective, issues include dealing with psychological problems, preventing outbreaks of communicable diseases such as cholera, and reinstating infrastructure and the healthcare system. As an example, six months after the 2013 Haiti earthquake- which killed more than 200,000 people, – 1.5 million were still homeless.

Even worse,  exacerbated by a lack of sanitation and cleanliness, a cholera epidemic then broke out: allegedly brought over by foreign aid workers, 650,000 people were infected and  8,300 Haitians died.  Add to this the growing criticisms of aid agencies use and allocation of resources then there is a nascent realisation that we need better evidence in aid situations: to better target resources to better treat urgent healthcare needs and to prevent long term health problems.

Take something as simple as water disinfection and consider the most effective, low cost intervention that could  prevent disease outbreak. As opposed to opinion, evidence from a cochrane review of Interventions to improve water quality for preventing diarrhoea reports that  solar water disinfection (SODIS)  using the sun’s  ultraviolet radiation and plastic bottles with instructions to leave them in direct sunlight for at least six hours before drinking probably reduces diarrhoea by around a third. Also, since controls also received bottles this may have provided some protection against diarrhoea by means of improved storage, thus underestimating the true effect.

Natural hazard disasters affected 89 million people in 2015 (in many years the figure is far higher) and in the same year aid reached a record $28.0 billion. It is, therefore, supremely important that aid is targeted using the best available evidence to save lives, alleviate suffering and inform the preparedness for the next similar disaster.

There is no shortage  of questions in disasters that require decisions and actions informed with evidence, however there is often a shortage of available answers. A 2014 International Initiative for Impact Evaluation analysed What evidence is available and what is required, in humanitarian assistance? They found that “with the exception of health and nutrition, most areas in the humanitarian sector suffer from a paucity of evidence,”  and there is now widespread agreement amongst policymakers that research evidence has a greater role to play in disaster management

Therefore Evidence Aid was established after the Indian Ocean tsunami of 26 December 2004, and its aim is to inspire and enable those guiding the humanitarian sector to apply an evidence-based approach and for  those in need have a right to receive humanitarian aid in the most timely, effective and appropriate way possible. It is with this in mind the Centre for Evidence-Based Medicine (CEBM) is  partnering with Evidence Aid.

From 2016 Evidence Aid will focus on becoming the ‘evidence champion’ for influencers of the humanitarian sector by  investing in its three key resources;

We organised the first ever EvidenceAid conference in 2011. Five years later we are bringing our skills and expertise to work together with Evidence Aid to determine in humanitarian disasters what works and what doesn’t, to ensure decisions and actions are based on evidence, and to build capacity to answer the many questions that need answering.

If you are aren’t yet convinced that we need evidence then take a look at the Evidence Aid resources what works or what doesn’t in crucial disease problems  such as diarrhoea outlined below:

Evidence Aid is an an international charity based in Oxford established after the Indian Ocean tsunami of 26 December 2004.

CEBM and Evidence Aid are to formally launch their partnership with an event taking place at Rewley House, Wellington Square, Oxford, on Thursday 27th October from 5.00pm. If you would like to register to attend, please contact Jane Higgins.