Exclusive new research by the Centre for Evidence-Based Medicine shows a worrying lack of good evidence from trials to show these can improve the chances of having a baby. Panorama goes undercover to reveal how patients aren’t always told everything they need to know when they ask some clinics about these treatments.

Lack of evidence for interventions offered in UK fertility centres. BMJ 2016;355:i6295

There have been concerns for some time that treatments offered in addition to IVF are expensive, do not improve outcomes and may actually be harmful. About a year ago, BBC Panorama approached us, wanting to know what IVF treatments are on offer; do they improve your chances of having a live baby; and what are the benefits when you take into account the harms?

To answer these questions we reviewed  233 HFEA-registered NHS and private fertility clinics in the UK, and examined their websites for claims of benefits for additional IVF treatments. In total we found 74 unique fertility centre websites (many clinics share the same website), and examined 1,401 web-pages,  finding 276 claims of benefit relating to 41 different interventions.

Despite the vast amount of web pages and claims, we only found 16 published refs (cited 21 times) on 13 of the 74 websites, despite nearly a third of the claims (79 ,29%) quantifying the amount of benefit.

The lack of  published information meant it was not possible to use the websites to make an informed decision  about the benefits and harms of treatments.  The HONcode, which sets out the principles for trustworthy health sites, states that treatments should be supported by appropriate, balanced evidence. Yet, only four references were systematic reviews and two were conference abstracts – we were only able to locate one. Meanwhile, survey evidence shows couples regularly use the internet to improve their knowledge of fertility treatments and facilitate their  decision‐making.

We therefore  had to set out and look for the evidence. The HFEA helped us by pointing out that couples should do their own research – which we now think is not possible.  The HFEA research questions include:

We created a list of 38 fertility interventions and searched for evidence (27 were classified by us as ‘Add-on’, 6 as alternative treatments and 5 used  for preservation of fertility. 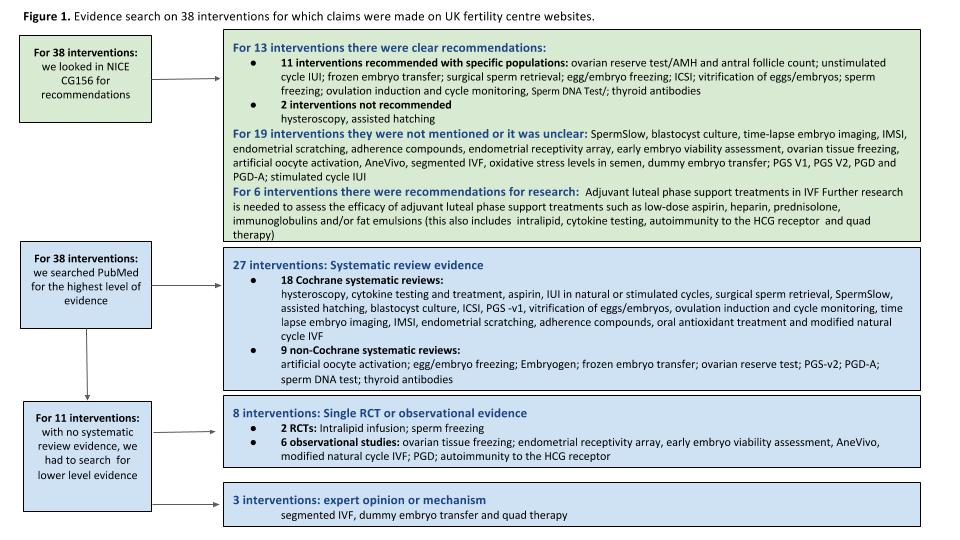 Of the 38 interventions, NICE provides clear recommendations for 13 (34%). (11 recommended in specific populations and 2 interventions are not recommended: hysteroscopy and assisted hatching), and NICE recommends six interventions for research. Therefore for half of interventions  currently offered at UK fertility clinics there is no mention in NICE guidance (CG156).

For 11  interventions, we were unable to find systematic review evidence. As an example, for Intralipid we found one randomised controlled trial that was not published three years 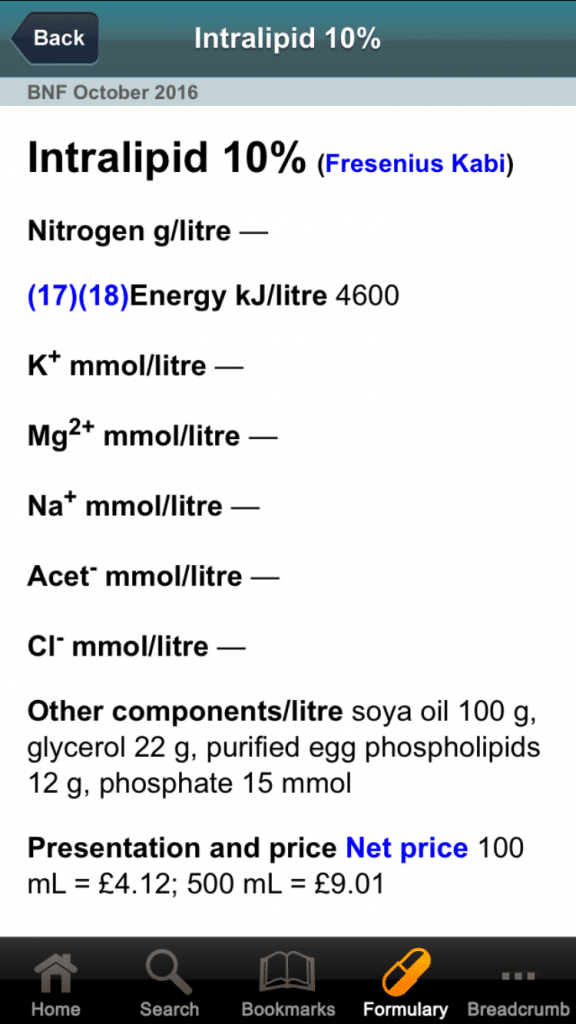 after completion (see trials.gov entry), and was published as a 300 word conference abstract.

Despite the numerous problems with using an abstract, the lack of blinding, and a host of other issues, the results in the abstract were statistically wrong. This meant we had no way of verifying them, and prevented us from including it in our analysis.

This treatment can cost up to £300, in some clinics; Yet, the cost in the BNF is as little as £9.01 for 500mL of Intralipid 10%, which would make it a cheap intervention if there as robust evidence of effectiveness.

Furthermore, all of the  Cochrane reviews reported very  limited information on harms, making it impossible to inform couples about the harms.

If you are interested in what could be done differently and what we can conclude, then please read the papers in the BMJ:

Lack of evidence for interventions offered in UK fertility centres. BMJ 2016;355:i6295