Two MSc in EBHC students – Dr. Khamis Elessi and Matthew Oxman – and CEBM Research Fellow Dr. Igho Onakpoya have been awarded Kellogg College’s Community Engagement and Academic Merit Award for their work. These awards are given to students who demonstrate a commitment to community engagement and academic excellence – examples include public dissemination of research in schools, blog, exhibitions, grant applications, and use of social media.

“His nomination outlines his sustained efforts to engage a wider community with the concepts of evidence-based healthcare. Not least this is an inspiring achievement given the environment that this work is being undertaken. As Khamis reports: ‘Life in Gaza is not easy’ – couldn’t have put it any better.” 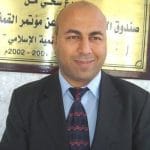 Khamis has introduced and promoted Evidence-Based Medicine in the Gaza Strip, Palestine, with limited resources and which has been under a strict siege for the past 10 years. Since 2009 Khamis has promoted the concepts of EBHC, through teaching medical students, practicing physicians and health care providers. Khamis was the principle organiser of the first national conference in Palestine on EBHC and the success of this lead to Khamis co-ordinating a second conference and acting as a trainer for pre-conference workshops. These achievements have been made despite the adverse conditions of life in Gaza.

“Igho has made remarkable progress in the course of his DPhil. He has been interviewed several times by the news media, and his work has been cited by several authors. In recognition of his research … another of his papers has been adopted by the World Health Organization as a database resource of harmful medicines withdrawn from the market.” 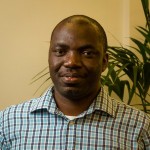 Igho has published 4 papers in high impact journals and has presented his research results at various international conferences both in the UK and further afield.  One of his papers was named Research Paper of the Year by the Oxford Centre for Evidence –Based Medicine and another paper has been adopted by the World Health Organization as a database resource of harmful medicines withdrawn from the market. Igho’s achievements are important in terms of health care and the high impact publication will potentially change practice.

“His work has been groundbreaking in terms of its reach, impact and engagement, and  the informed health choices project is likely to have significant global impact on teaching children about health claims.” 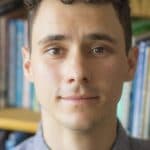 Matthew has contributed to the Informed Health Choices project which develops and evaluates learning resources to help the public assess claims about how best to care for their health and thereby take better care of themselves and their families. Matthew is a lead author for a combination textbook and comic book for Ugandan primary school children and a podcast for parents. Matthew has blogged about this and has presented his findings worldwide and the work is likely to have a significant global impact on teaching children about health claims.

A full list of the Kellogg College Community Engagement and Academic Merit Award recipients can be found here.