Tip for data extraction for meta-analysis – 26

What if you’re missing a standard deviation and only a similar summary statistic is given?

Previously, I highlighted a list of ways where, when extracting data for meta-analysis of continuous outcomes, you might find that a summary statistic that you want is missing. In my last post I gave the 3rd way – a similar summary statistic is reported, but it’s not the statistical measure that I want and I focused on missing means. In this post I’ll show you what you can do with missing standard deviations (SDs).

Instead of the SD, another measure of dispersion may be reported, either the standard error (SE), confidence interval (CI), interquartile range (IQR) or range. The SD describes how measurements of participants naturally differ (which is saying something about the population) whilst the SE describes how accurately the mean has been estimated (which is saying something about a study). Sometimes it’s not what clear if the reported statistic is the SE or the SD and so comparing its value with the established SEs or SDs of other studies may help you decide.

The Cochrane Handbook states that for normally distributed data, you can estimate

Calculating SDs from other summary statistics:

There are a number of ways of calculating the SD from the range but they are not generally recommended by Cochrane Handbook because the range is so unstable, as it is determined by extreme values rather than providing an average measure of variation.

A common approach is to estimate

Walter and Yao provide a table of conversion factors (f) according to the sample size to estimate
SD=f × range
Their table suggest that the common formula only applies to a sample size of around size 25 (f=0.254).


Other methods estimate the SD by equations of several other statistics. These equations have been evaluated by simulation but not empirically so the Cochrane Handbook (section 6.5.2.6) do not recommend them “as a general rule” but these estimates could still be used and the studies removed in a sensitivity analysis.

which they simplify for large n to

Bland provides an estimate based on the range and interquartile range with the mean and sample size:

Wan et al estimate the SD from the range with the median and sample size:

They estimate the SD from the range, interquartile range, median and sample size,

Examples of studies with missing data

Let me show you some examples from studies of people with diabetes which were included in systematic reviews carried out by our group.

Kemal et al reported the effects of rosiglitazone on plasma glucose and other laboratory variables at 6 months in terms of median and range.

For the data from Tan et al, the equations of Wan et al and Cochrane Handbook produce similar results, which suggests that the distribution of the data were not highly skewed as the latter equation is based on assumption that the data are normally distributed. A similar point could be made for Tong et al. For the data reported by Kemal et al, the equations of Wan et al and Walter and Yao produced identical results to 2 decimal places, but the simple common approach underestimated the SDs. Applying the equations to the data of Bojestic et al shows how wide ranges can produce unstable results.

Another strategy which I will cover in my next post is dealing with missing SDs by imputation. Which SD should you use? Take an average, use the lowest value or highest value, or try them all? I will address these questions in a future post on sensitivity analysis.

You can derive estimates of standard deviations from other reported summary data, but be aware of the assumptions underlying your estimates.

The standard error of the mean (SEM, which is often abbreviated to SE) is the standard deviation of the means of multiple samples:

The SE can be estimated from a single sample using the observed sample standard deviation, s: 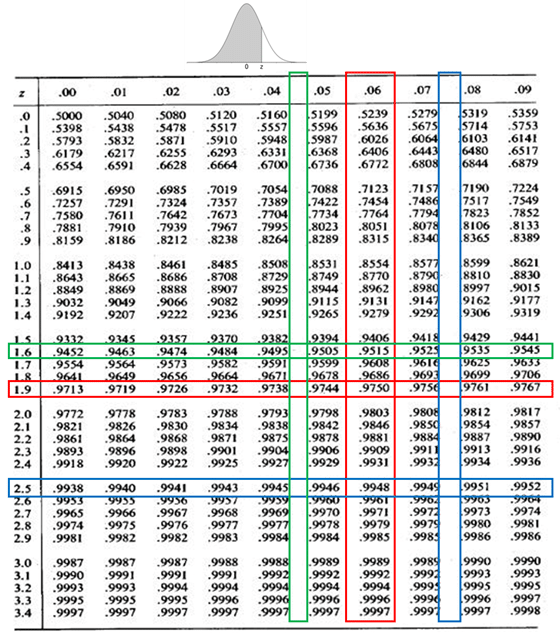 As shown before, rearranging the equations for upperCI and lowerCI

From a standard normal distribution table (Figure 2), the Z value for shaded area 0.75 (upper quartile) is approximately 0.67. The upper quartile is 0.67 SDs from the mean so 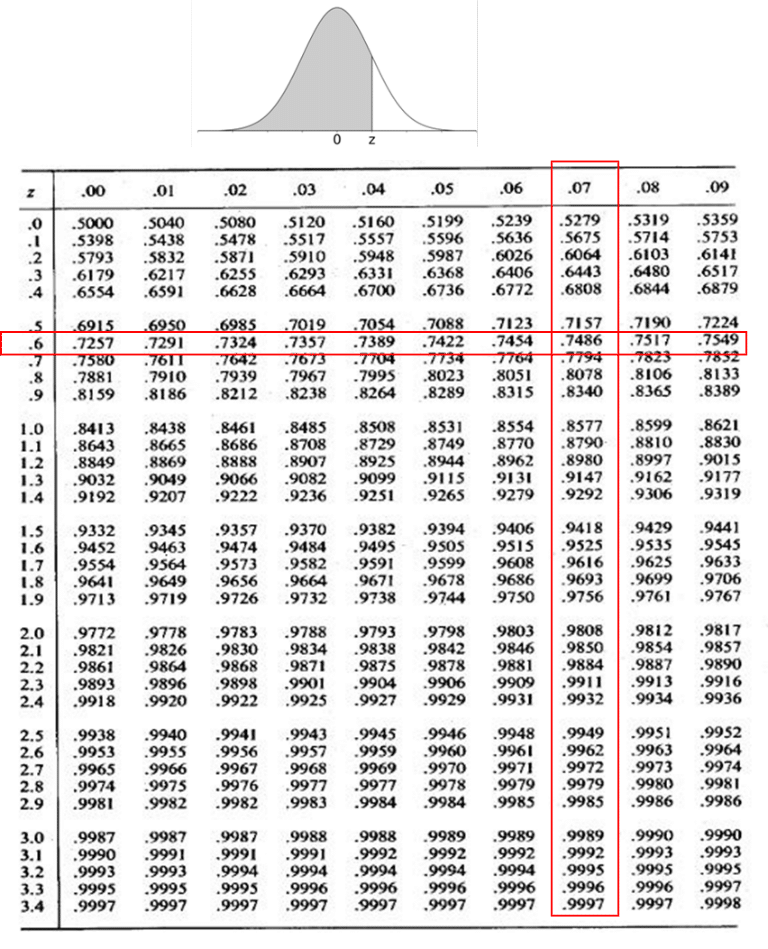 Calculating SDs from other summary statistics:

Walter and Yao provide information about the sources of their table of conversion factors. Estimates of Hozo et al, Bland and Wan et al all provide detailed derivations of their equations in their papers. Wan also provide an online spreadsheet to calculate and compare their estimates. The common estimate of the SD as ¼ of the range comes from the fact that in normally distributed data, approximately 95% of values lie between 2 standard deviations either side of the mean (Figure 3). The shaded area in the one sided standard normal table is 1-0.0228=0.9972 (Figure 4). 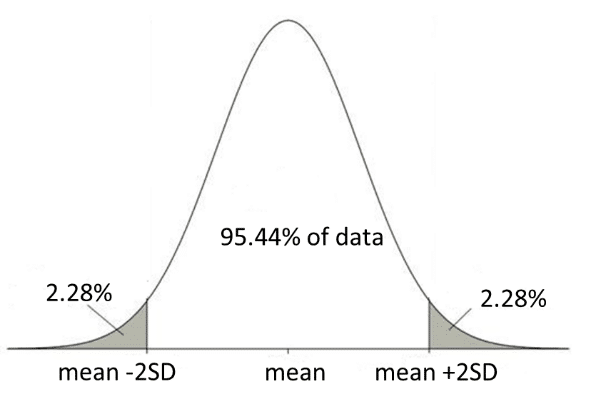 Figure 3. Probability of being within ±2SD of the mean for data normally distributed 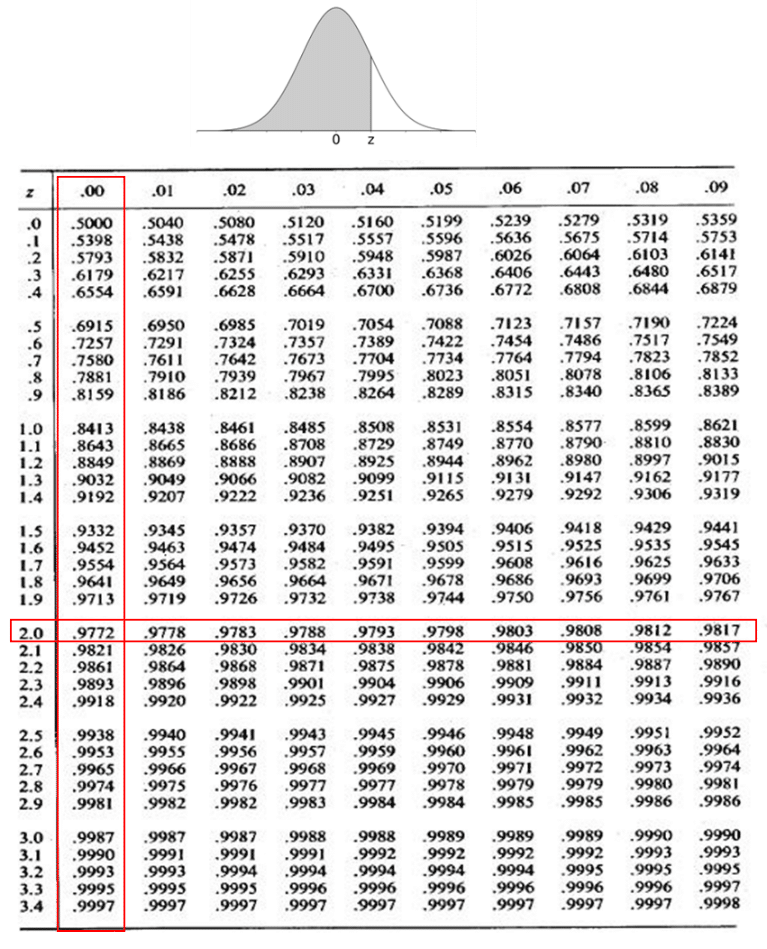 So ignoring the 4.56% in the tails, the range is estimated as

The estimate of the SD then follows

A full directory of blog posts can be found at  https://www.cebm.net/2014/06/data-extraction-in-meta-analysis/

One comment on “Tip for data extraction for meta-analysis – 26”