Today’s reported figure is 391 deaths in hospitals in England. These deaths are distributed back to the 12th of March. 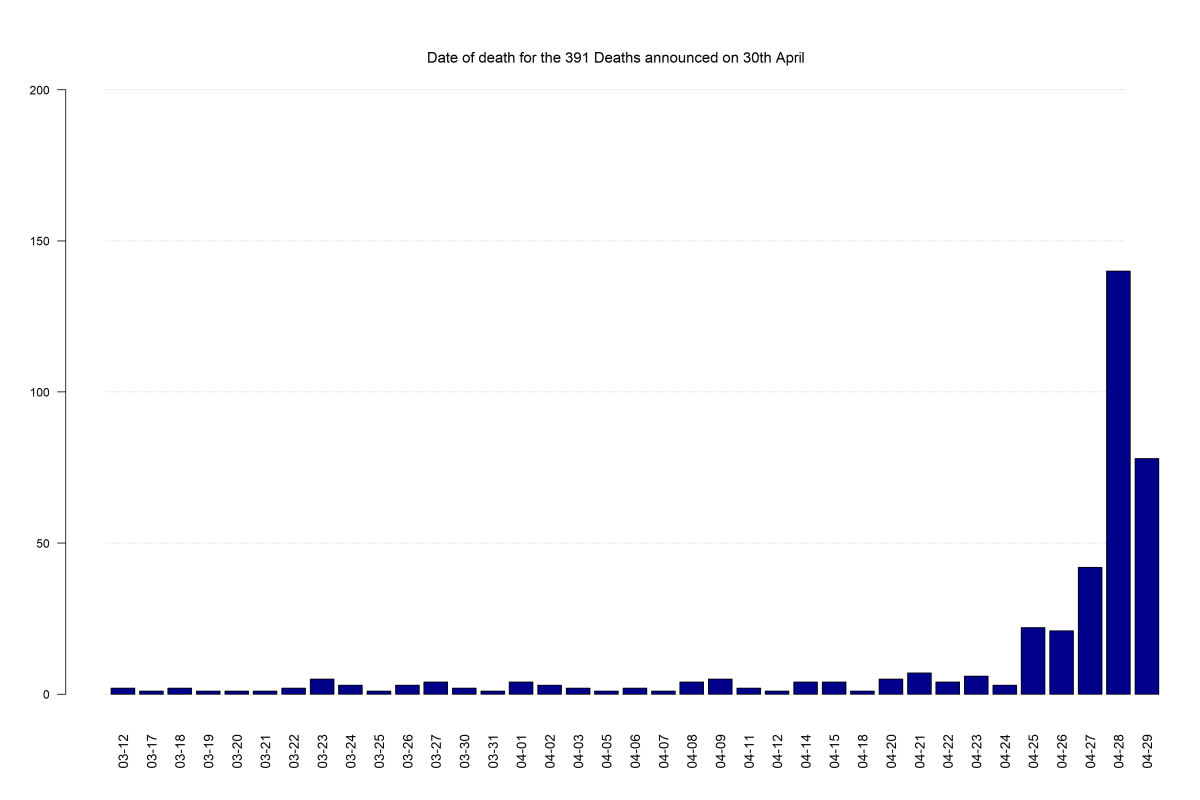 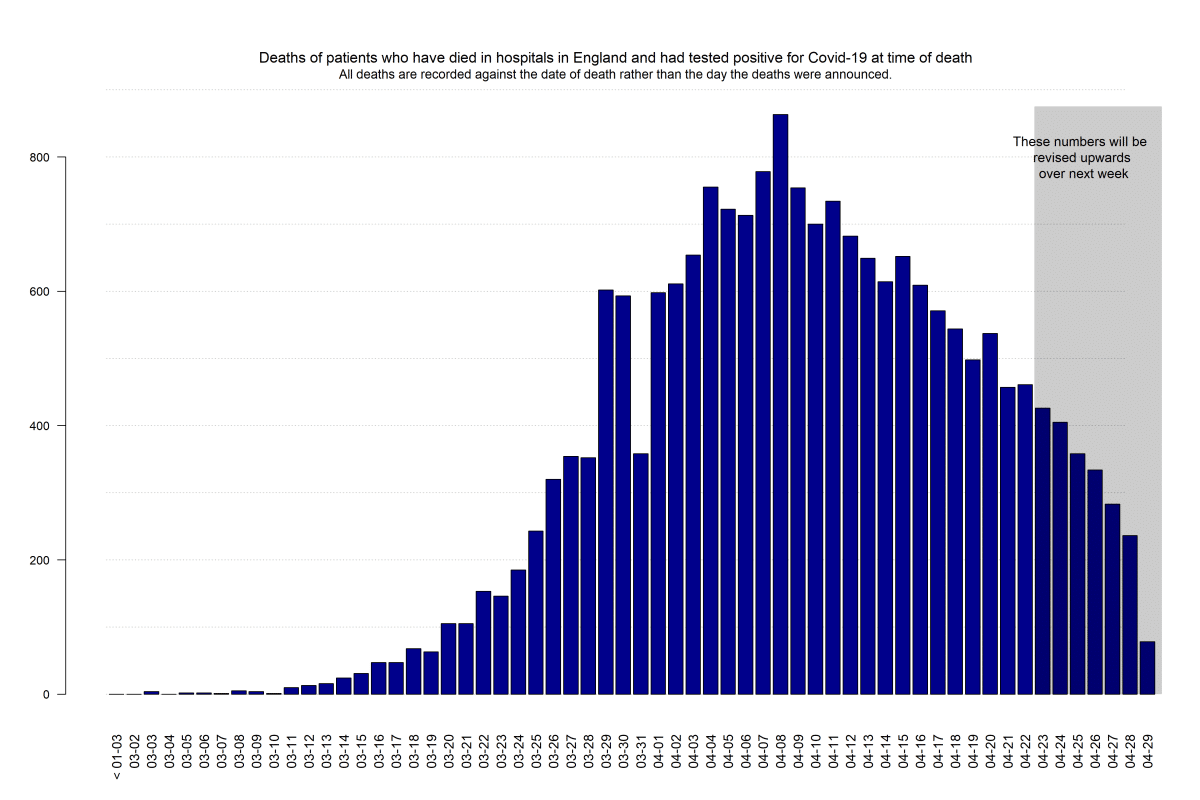 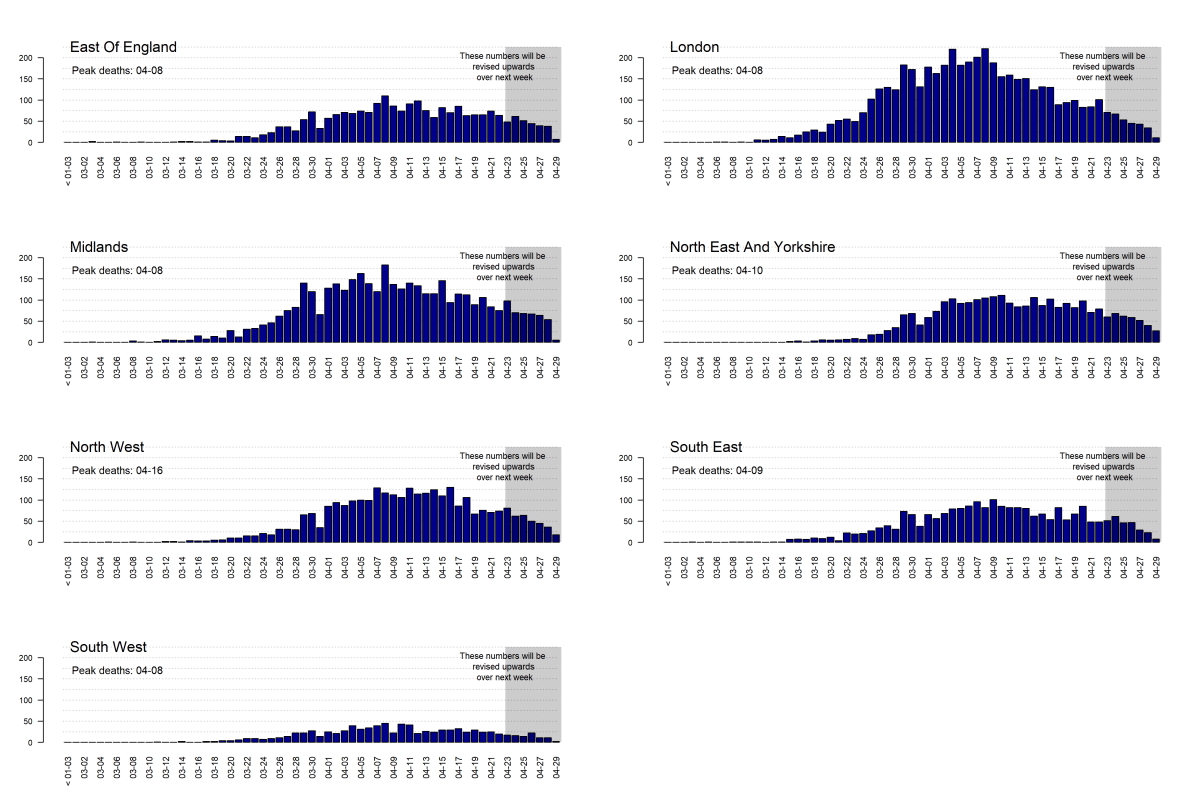 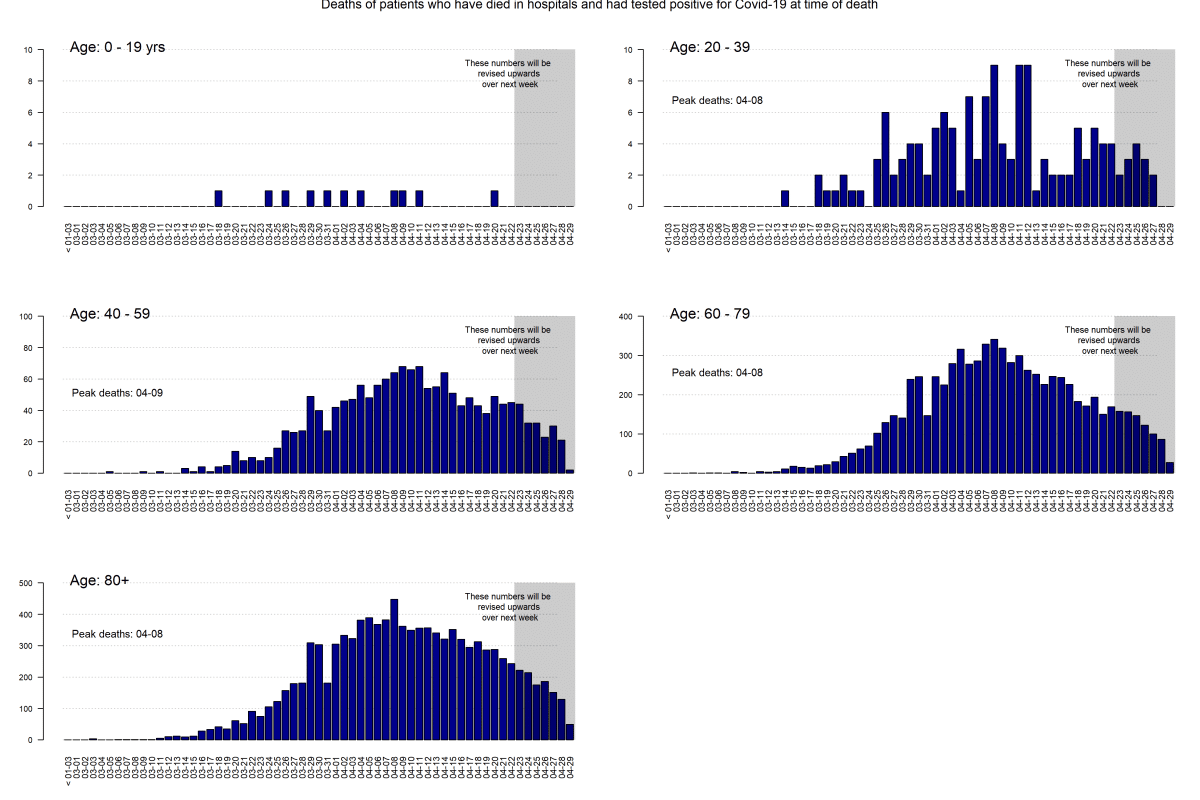 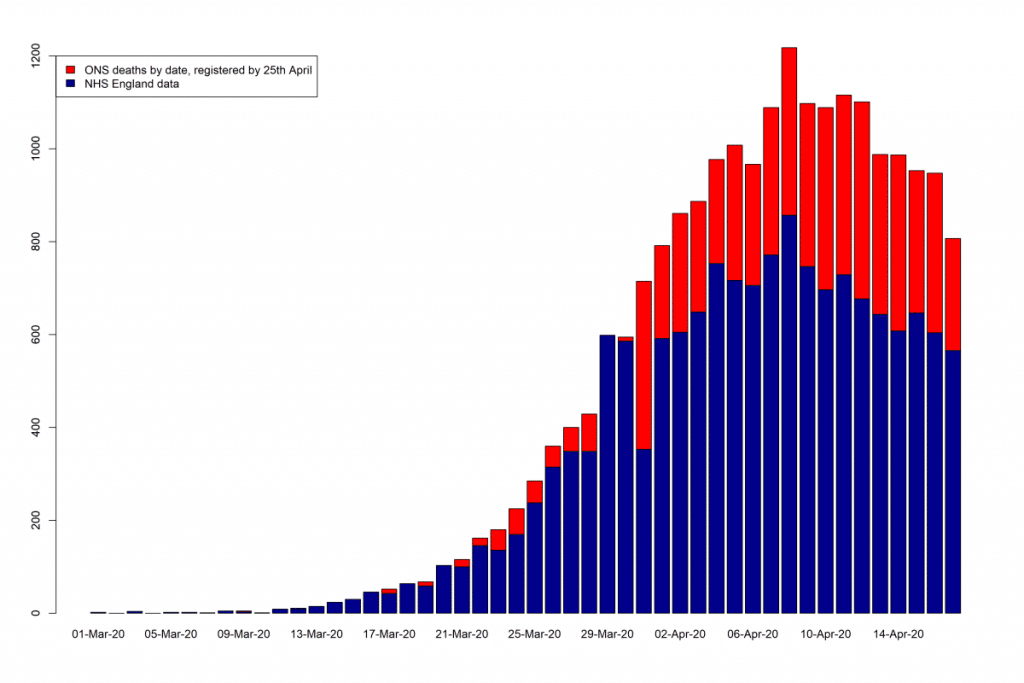