Living in Harmony with Nature

For thousands of years humans have built settlements consisting of streets, alleys, courts, squares and blocks, which have subtle urban and architectural variations based on geography and culture. During this process, humans have also shaped and organised the biosphere, putting water systems into pipes, and turning soil into tarmac. Only those natural systems that are too large to reshape entirely, like great rivers, have remained in place, while smaller tributaries are built over as the economic value of land gets higher. There has been recognition, however, that the human condition needs the biosphere, nature, for physical and mental wellbeing. In response, humans have reintroduced manicured versions of nature in the form of parks and garden squares. We have also ‘allowed’ water to appear in a controlled fashion in the form of lakes, ponds or fountains. 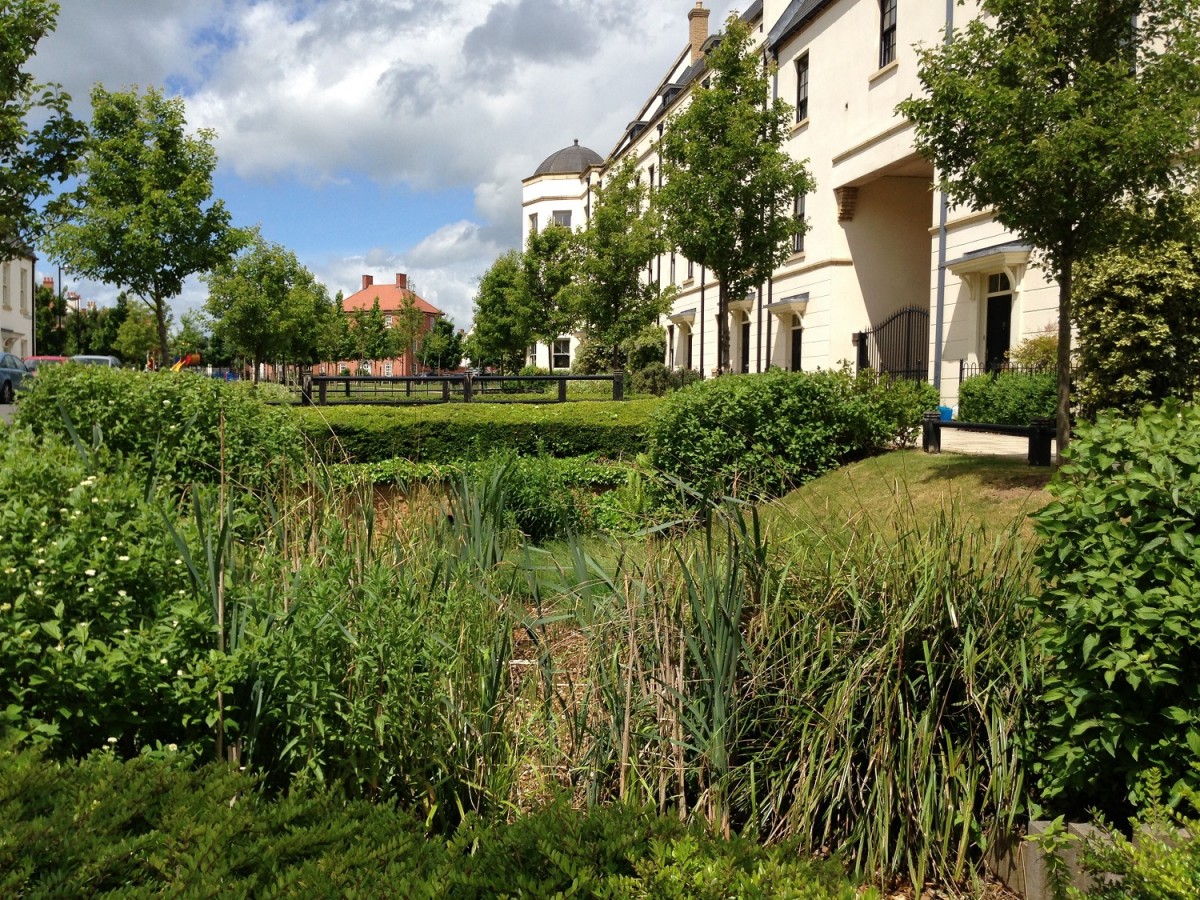 For the most part, many would argue this has worked relatively well, and, of course, cities have not only allowed for close social interaction, but they have driven economies with more than 80% of global GDP generated in cities. This is largely due to the agglomeration effect, where proximity to other people and clusters of goods and services creates efficiencies for trade and innovation. Cities have also adapted to advances in science and technology, in addition to the shocks of human and natural disasters. Consider, for example, the transformation of London after the great fire in 1666 where the prevalence of half-timbered buildings in the city gave rise to the Rebuilding Act, that stipulated brick cladding, recessed windows, and regulated storey heights to avoid overcrowding. It is this formalised refinement of existing systems overlaid on older patterns and building solutions, which gives central London the charm, character and resilience that many see there today.

After the industrial revolution, however, cities faced increasing pressures, such as overcrowding, pollution and disease. During the late 19th and early 20th century, tuberculosis outbreaks were having such an impact on younger men and women of working age that the impact on the economy was enormous. Despite attempts from organisations like the Garden City movement in England, and the Life Reform movement in Germany, to introduce healthier housing, very little had changed, and it was perhaps this fact combined with the rise of the modern movement that aligned to create an altogether more radical approach to town planning and architecture.  The modern movement’s chief advocate was Le Corbusier, who forewarned, ‘We must kill off the street… We shall truly enter into modern town-planning only after we have accepted this preliminary determination’.

Modernist planning and architecture, promoting zoned uses, high-rise buildings using glass, concrete and steel and the dominance of the motor car, giving rise to sprawl. This form of development is now seen to be a significant contributor to climate change with over 40% of all emissions relating to transport and buildings, and a further 30% attributed to electricity production. So, while we correct the mistakes of modernism by bringing back medium-rise buildings, urban villages, and most importantly ‘the street’ we must also incorporate nature in the right proportion with avenues and greenways that link parks and squares, providing pleasant routes for walking and cycling.  If we can use the current pandemic as a catalyst to address the longer-term silent killer of climate change, while engendering healthier behaviour in the short term, then we will avoid a knee-jerk reaction, and future-proof our response for the next generation.