Physiological and Psychological Benefits of Walking

BACKGROUND
Walking or wheeling – active mobility in a wheelchair – are forms of exercise which are accessible for many people. The convenience of walking makes its health benefits achievable for many, while urban design improvements in accessibility increasingly facilitate wheeling. Understanding the nature of these health benefits, and the best way to achieve them, has become a primary focus for many researchers and practitioners. This emerging evidence can assist urban planners and designers to produce urban environments which allow these benefits to be realised. 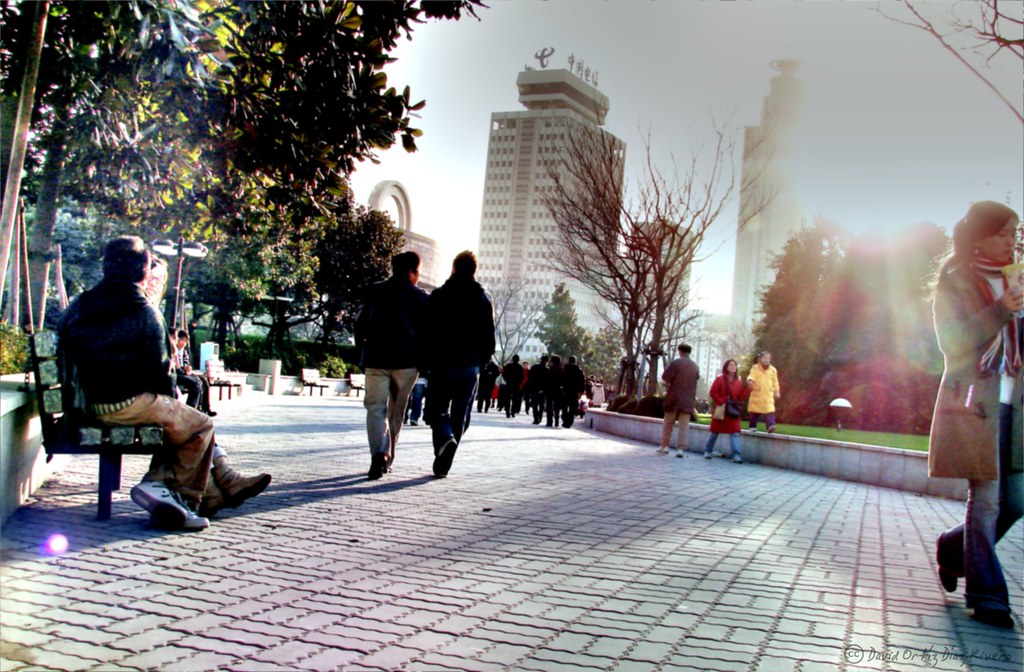 Image: “Walking…” by Hipnos is licensed under CC BY-SA 2.0

BENEFITS FOR THE BODY
The physiological health advantages of walking and active travel include improvements to body composition, cardiovascular fitness, diastolic blood pressure, and glucose metabolism. These benefits can act both to improve existing health, and to help prevent many illnesses. Such benefits may ultimately provide protection against chronic diseases such as cardiovascular disease, type II diabetes, and coronary heart disease, as well as providing relief for cancer patients and survivors and improved quality of life in stroke survivors. The specifics of how walking can reduce type II diabetes risk and cardiovascular disease risk, are increasingly being revealed. For example, a systematic review showed that those who regularly engaged in physical activity of moderate intensity had a 30% lower risk of type II diabetes. In addition, a cross-sectional study of 400 individuals showed that walking for at least 30 minutes, on at least five days per week resulted in lower levels of pro-inflammatory markers associated with the pathogenesis of the disease. This shows that walking can reduce the risk and severity of type II diabetes.  Walking also has health benefits specifically related to pregnancy, with the potential to reduce risk of preeclampsia and preterm birth.

Many studies incorporate walking with the advantages of overall enhanced physical activity, while others consider walking as a singular activity.The latter studies have shown that walking alone is sufficient to produce  health benefits, without undertaking more intense physical activities. One study showed that both walking and vigorous exercise are associated with substantial reductions in the incidence of cardiovascular events in post-menopausal women. This has been extended to suggest that simply walking to work can produce these benefits, with various studies pointing to the fact that active commuting, when assessed on its own, can reduce cardiovascular disease risk. This is important as the commute to work offers an easier way to incorporate walking into the daily routine of urban residents.

Walking has, however, also been associated with negative physiological outcomes in some urban settings. One study found that short term exposure to traffic pollution inhibits the beneficial cardiopulmonary effects of walking for those with, and without chronic cardiopulmonary diseases.  Other studies have found that the benefits of active travel outweigh this harm in all but the most extremely polluted environments. Certain types of urban environments may therefore enable people to reap the physiological benefits of walking more so than others.

BENEFITS FOR THE MIND
The psychological benefits of walking, particularly in natural environments, are well known. Research so far has shown psychological benefits including relief from depression and depressive symptoms, greater self-health perceptions in older adults, and the prevention of cognitive decline. The biological mechanisms behind these psychological benefits are now being understood. For example, one study showed that low intensity, daily walks  could prevent the hippocampus shrinking as adults age. . Hippocampal atrophy (a shrinking of the part of the brain associated memory) is a key marker of the preclinical stages of Alzheimer’s disease. The results of this study showed that an additional 10 minutes per day of walking was significantly associated with a 0.02cm3 larger hippocampal volume in women.

Is a walk through a green space the only way that the psychological benefits of walking manifest? Or can features of the urban environment allow walking to provide increased mental restoration, vitality and a good mood? Recent studies have begun measuring psychological indicators in different urban settings, from urban parks to historical pedestrianised settings, and motorised streets. Results now point to the fact that urban settings do have the potential to produce similar benefits to natural settings. Engaging with the place around while walking through the city of Bristol resulted in positive self-reports of cognitive state improvement, even in a predominantly built environment. Senses of pride, reflection, a sense of community, and belonging based on recognition of certain buildings were also triggered. This is supported by results from another study in the city, where it was shown that historical architectural styles, as well as the absence of motor traffic, could produce restorative effects similar to those gained on a walk in the countryside. These results are mirrored by studies in Poland and Japan which show that exposure to a small amount of nature on a walk through an urban setting enabled psychological restoration. These analyses of specific features of the environment, which enable positive psychological outcomes, to be considered in future urban planning.

Certain urban environments, however, such as those with intense motor traffic, and large amounts of pedestrians may cause heightened stress among individuals with pre-existing anxiety. For some individuals with persecutory delusions, exposure to busy urban environments while walking increased levels of anxiety, and negative beliefs about others. More studies of the different psychological outcomes of walking for people with various pre-existing conditions will assist the range of interventions that may be made with greater awareness of the full range of potential outcomes for different people.

WHERE TO NEXT?
Understanding the physiological and psychological benefits of walking has been limited in various ways. Firstly, the lack of follow-up data from many studies makes the long-term benefits of regular walking of various intensities unclear. Secondly, in many studies, assessment of the level of walking  that participants engaged in was based on self-reports, which could make the results unreliable. Finally, proving that walking causes the positive outcomes shown, is challenging. Resolving these will be useful in promoting walking as a way to achieve the recommended daily physical activity.

How may these benefits be realised by individuals with disabilities, including those who use wheelchairs? To date, there have been very limited specific studies on the health benefits of wheel-able cities. Studies have attempted to understand the barriers people face to active travel with physical disabilities. Knowledge of the health benefits of wheel-able cities will be useful in the future for creating cities which facilitate active travel for all, allowing such benefits to be realised by everyone.