Today’s reported figure is 62 deaths in hospitals in England: in the last week, there were 54  deaths. 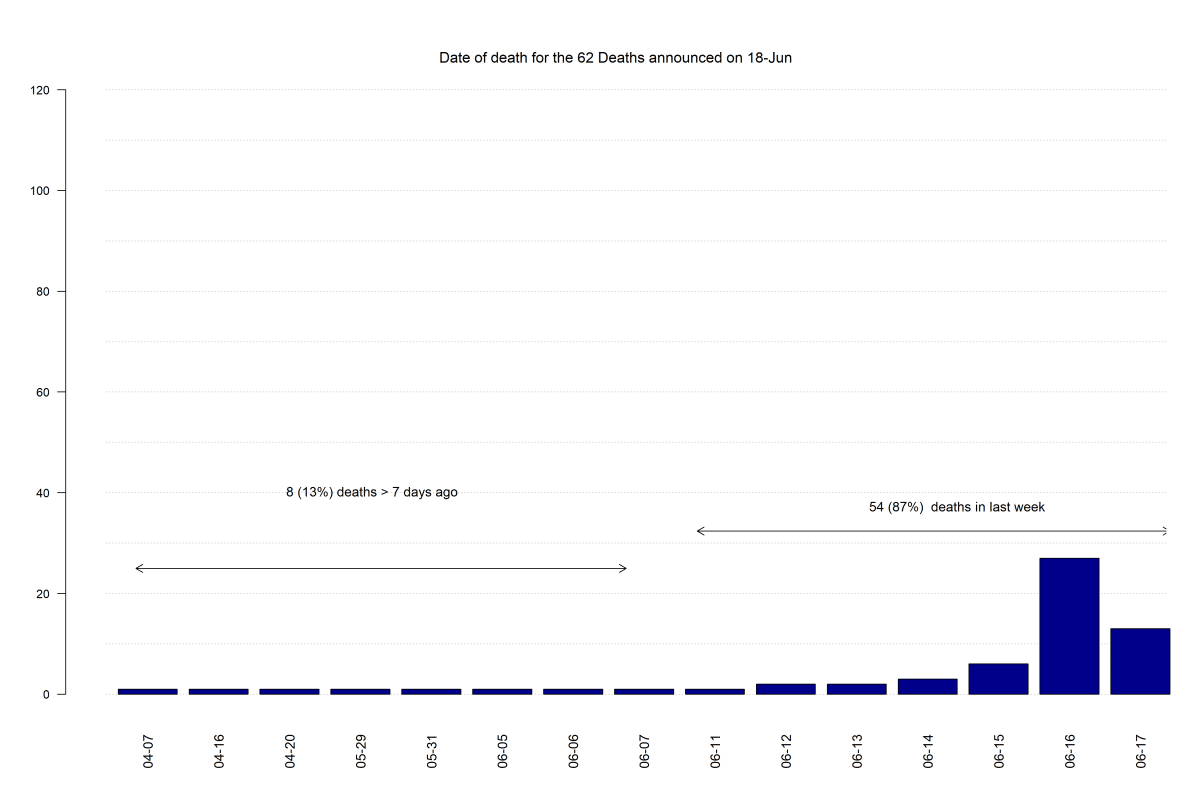 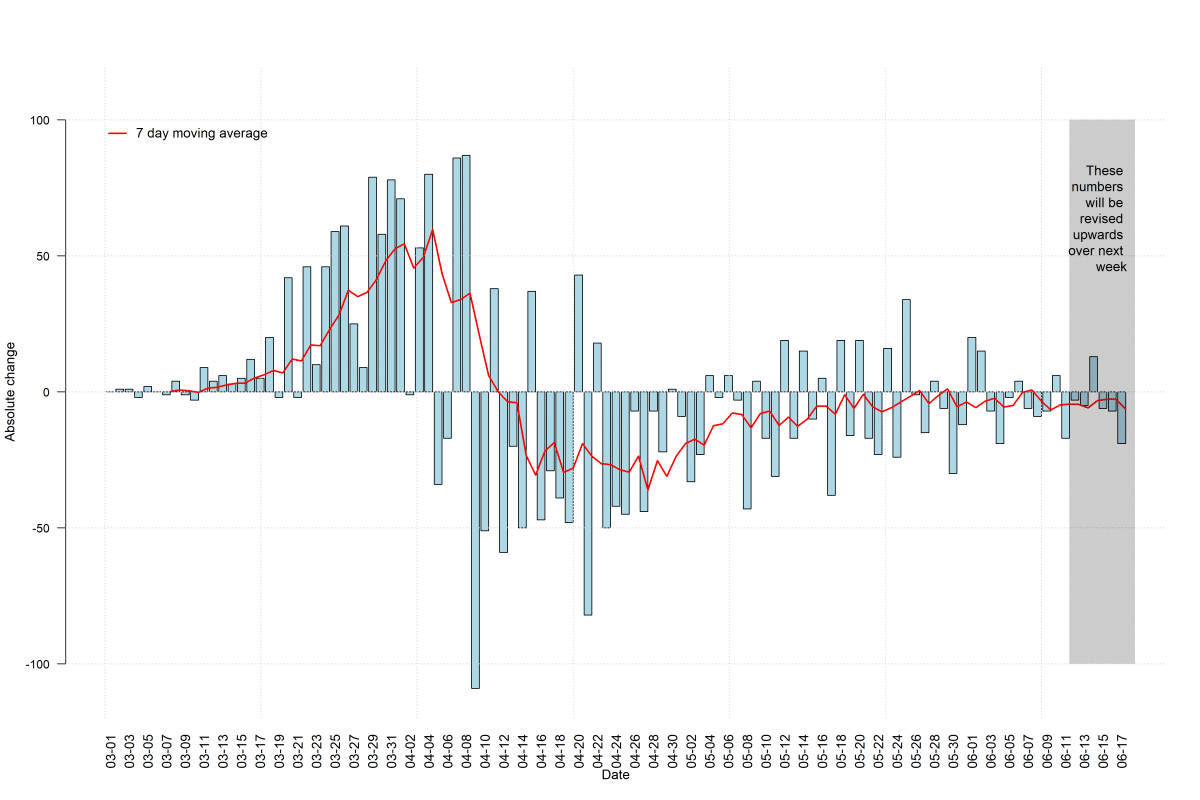 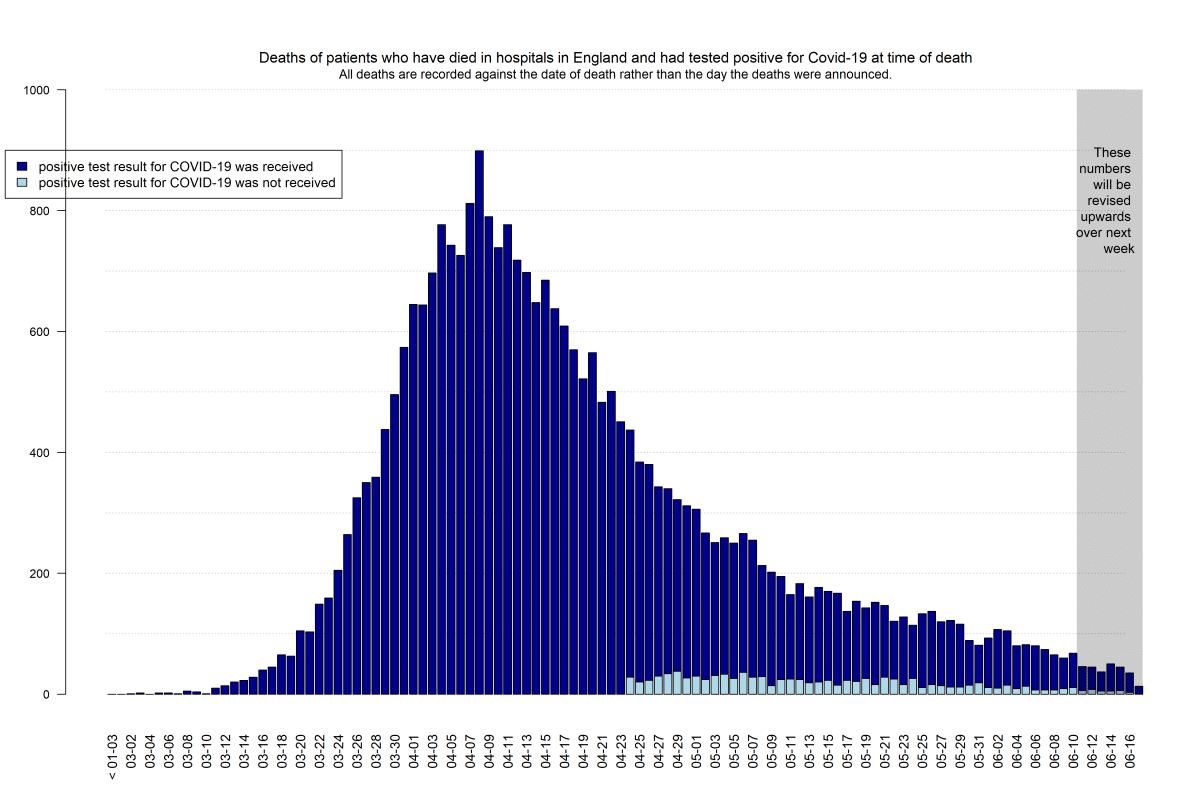 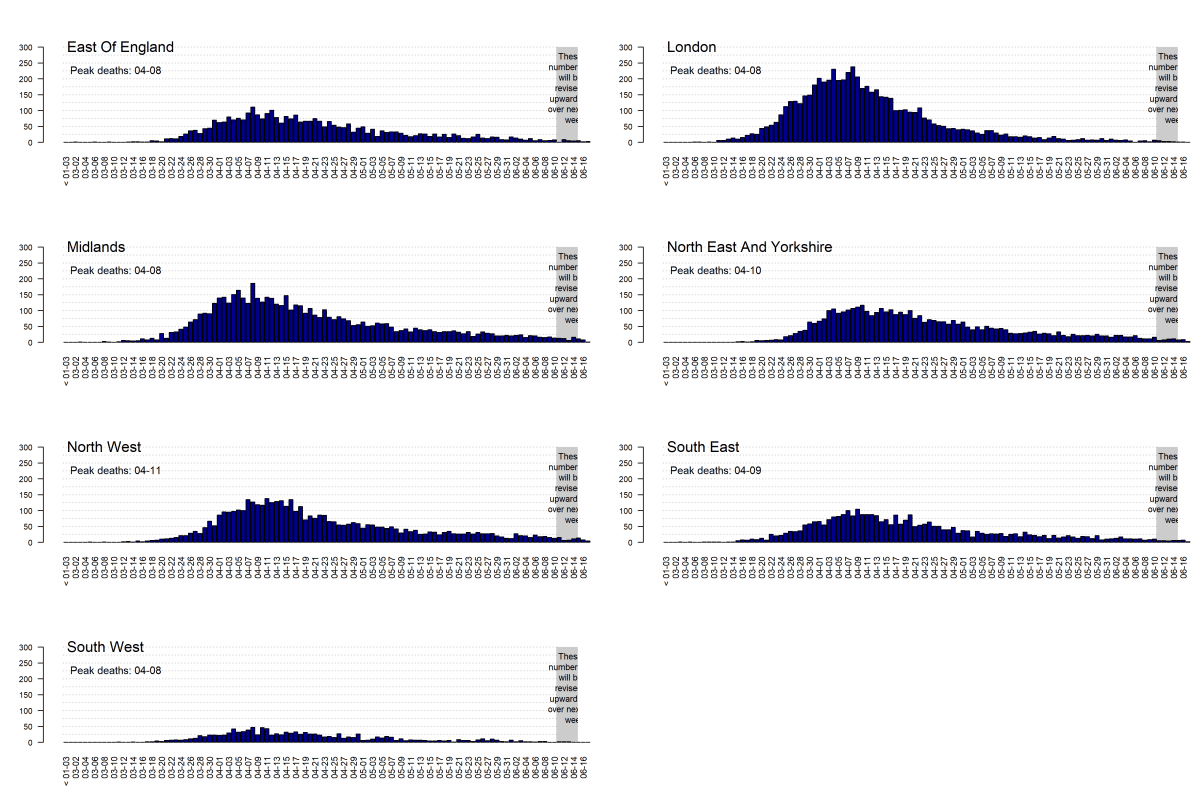 Deaths by week by region 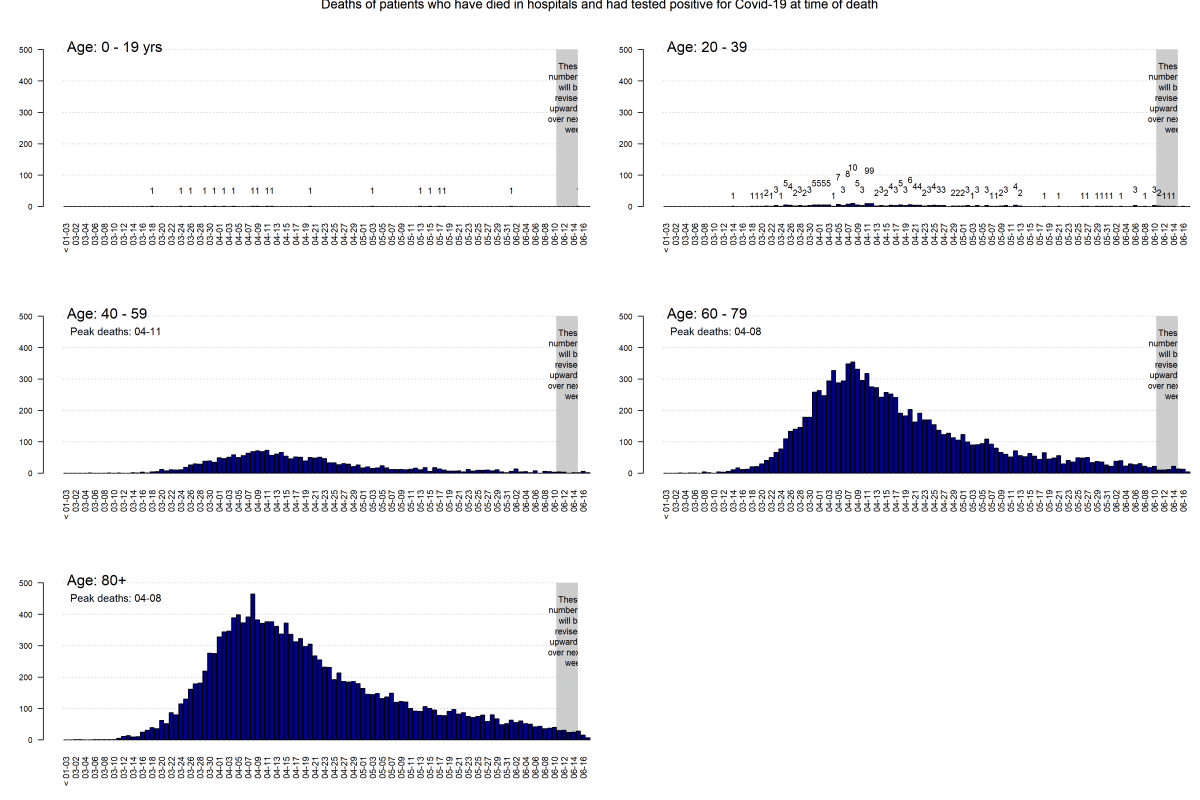