COVID-19 How many Healthcare workers are infected? 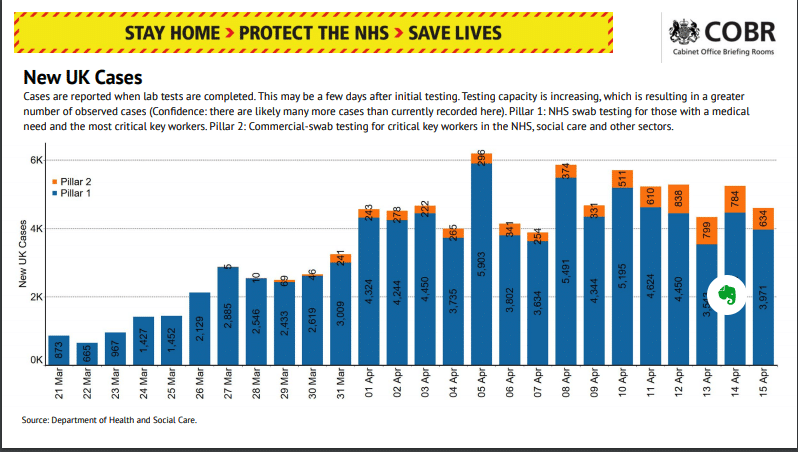 Here’s the 15th April cabinet briefing; and the Slides and datasets to accompany the 16th April meeting 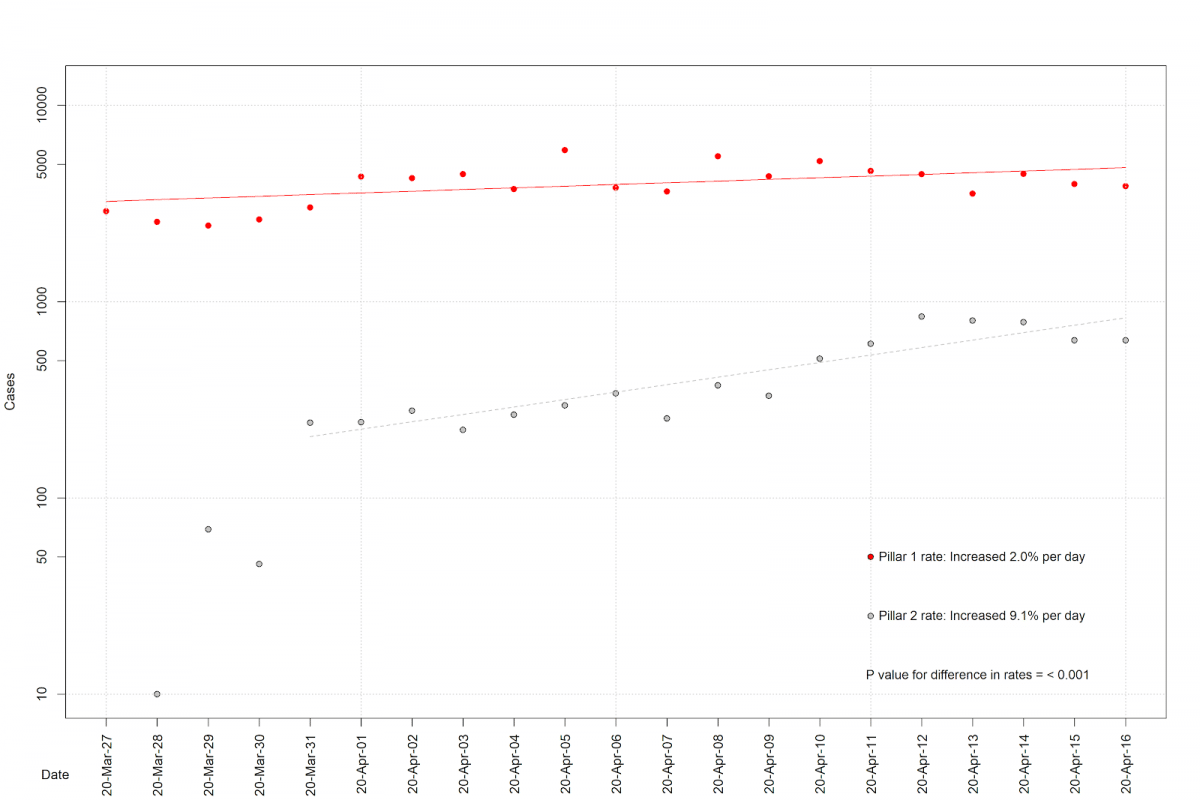 To work out the HCW related infection rates overall is difficult. As they seem to be in both PIllar  1 and 2 counts (Pillar 1 includes the most critical key workers). 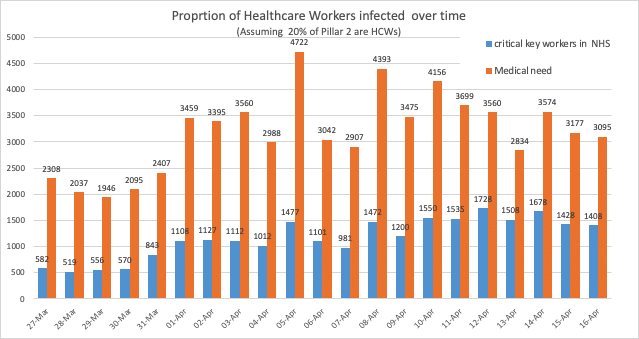 In our article on the  Tipping  Point, we highlighted that in Italy over-referral led to significant numbers of unwell people turning up or sent into hospital in Lombardy. The disease then spread rapidly in the hospital setting. Healthcare workers then had a higher risk of exposure and became vectors of onwards transmission.  In China, more than 3,300 healthcare workers were infected (4% of the 81,285 reported infections). In Spain on the 25th March, nearly 6,500 medical personnel were infected (13.6%) of the country’s 47,600 total cases – 1% of the health system’s workforce.

In the way out of this pandemic, we pointed out that HCW infection was a big problem in the SARS 2002-03 outbreak in Toronto, as onward transmission occurred mainly within health care settings. A retrospective analysis of 138 patients In Wuhan support this as the hospital-associated transmission was suspected in 41% of the cases.

The proportion of HCWs in Pillar 1 may be higher, or lower than our estimate. We cannot tell. Anecdotal evidence supports a larger number of HCWs are being infected:  in Newport, Wales, about half the emergency department team have tested positive. However, without comprehensive testing of HCWs, we will never really know how are infected.

Reducing transmission in hospitals and amongst HCWs remains vital to resolving this outbreak.

Tom Jefferson is an Epidemiologist.  Disclosure statement is here