Does the resurgence of COVID-19 in Spain exhibit exponential growth?

We examine data on deaths and cases in the recent resurgence of COVID-19 in Spain. While we are able to identify a two-week phase of sustained exponential growth in early to mid-July, the last two months have exhibited a steady fall in the rate of growth of cases. As of September 3, case numbers appear to be flat.

Several European countries have experienced an increase in rates of COVID-19 cases, hospitalisations, and deaths – in recent months. Particularly prominent has been the case in Spain.

We use Spanish data as of 17 September on PCR positive cases by date of symptomatic onset (or date of detection in the case of asymptomatic cases) from the Carlos III Health Institute, and deaths by date of death from the Spanish government to examine recent trends in the epidemic.

While issues with Spanish deaths data have been reported, El Pais report that such data can be considered accurate after a period of 15 days. Examination of previous versions of case data suggests that this data series forms a record that is near complete after a 14-day lag, as illustrated in Figure 1. 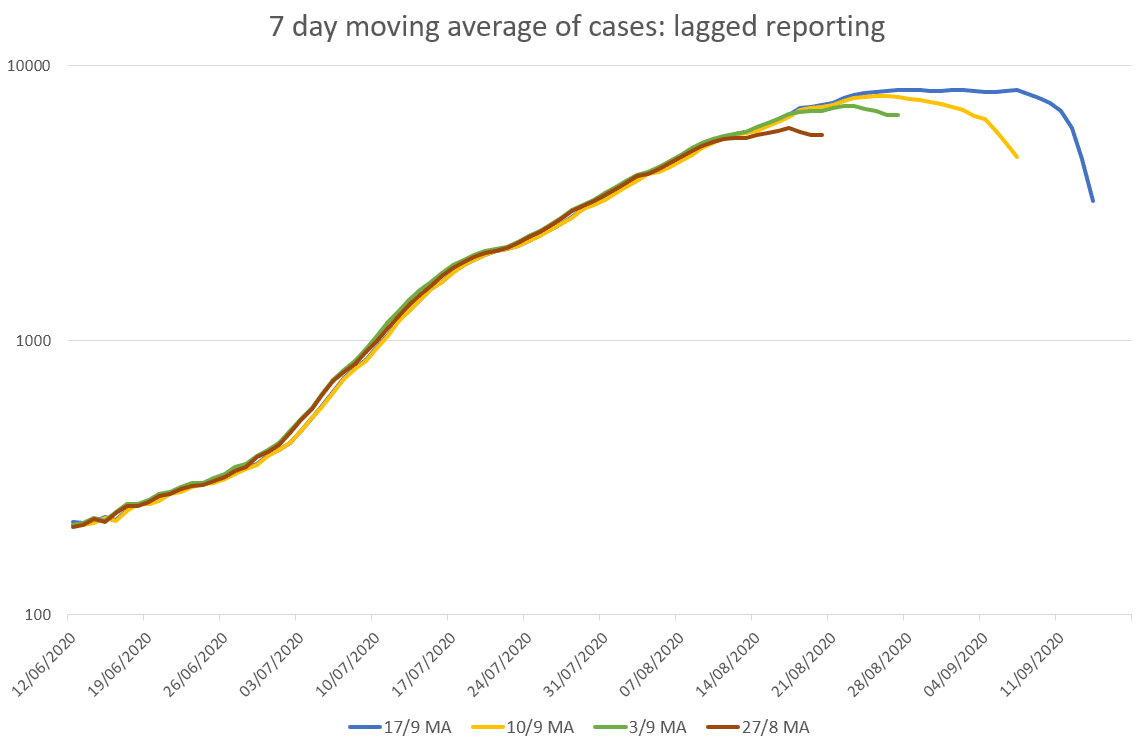 The 7 day average of daily cases in Spain hit a minimum of 214 on the 12th June, reaching a rate of around 8,000 per day by late August, as illustrated in Figure 2. We consider three phases in this recent data – relatively slow growth, followed by a rapid and briefly sustained increase, followed by a tailing off of the growth rate. 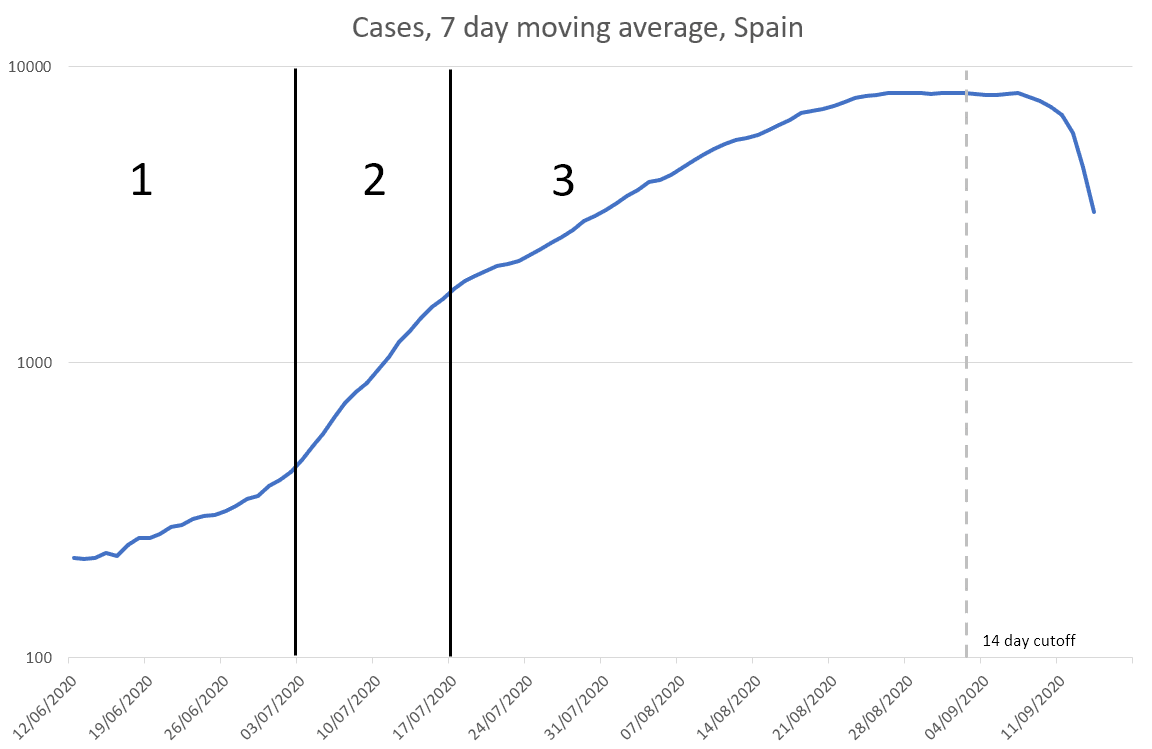 Is this exponential growth?

It is worth examining what it means for cases to grow “exponentially”. Given the multiplicative nature of the growth of infectious disease, such growth at any point in time can only ever be exponential – the currently infectious number of people infecting new numbers of susceptible people.

True and sustained exponential growth, however, implies a stable multiplicative growth factor – this would be characterised by growth that appears as linear on a log scale, and a stable effective reproductive number (Re). While we observe something like such a relationship in phase 2, illustrated above, what we subsequently observe in phase 3 is a changing Re over time or a reduction in the average number of susceptible people infected by the currently infectious. Had the rate of growth of cases observed in phase 2 been maintained, the level of daily cases would have risen above 200,000 by early September.

While this data must be monitored for any potential increase in the reporting lag, it appears that the level of reported cases in Spain approached a plateau as of 3rd September, indicating no further such growth.

We now apply methods used in previous articles to examine the relationship between reported cases and deaths in the Spanish data. As Spanish figures on cases report the date of symptomatic onset, we distribute cases as per Wood (2020)’s estimates of the lag from symptoms to death. Cases at risk and deaths are plotted in Figure 3. 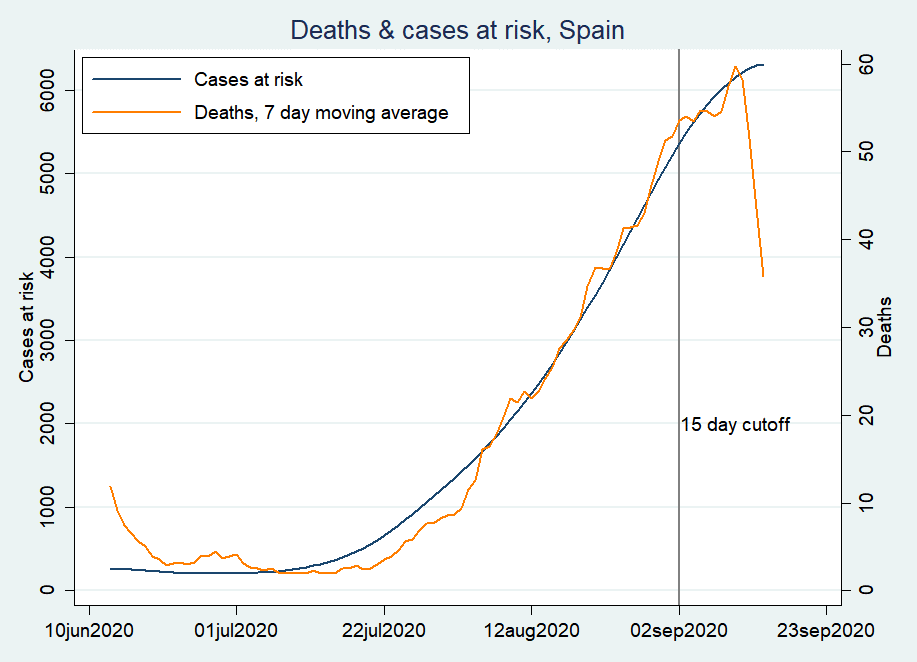