COVID-19: Toilets dominate environmental detection of SARS-CoV-2 in a hospital

Airflow pattern was found to lead from the corridor to each isolation room, and subsequently to the exhaust via the bathroom.

The paper has a very clear colour-coded figure showing the timeline of onset and hospitalisation dates and the sampling dates of the events in the isolation rooms containing beds 2 and 3, beds 16-18, beds 31 and 32, and bed 55, and their 10 patients. 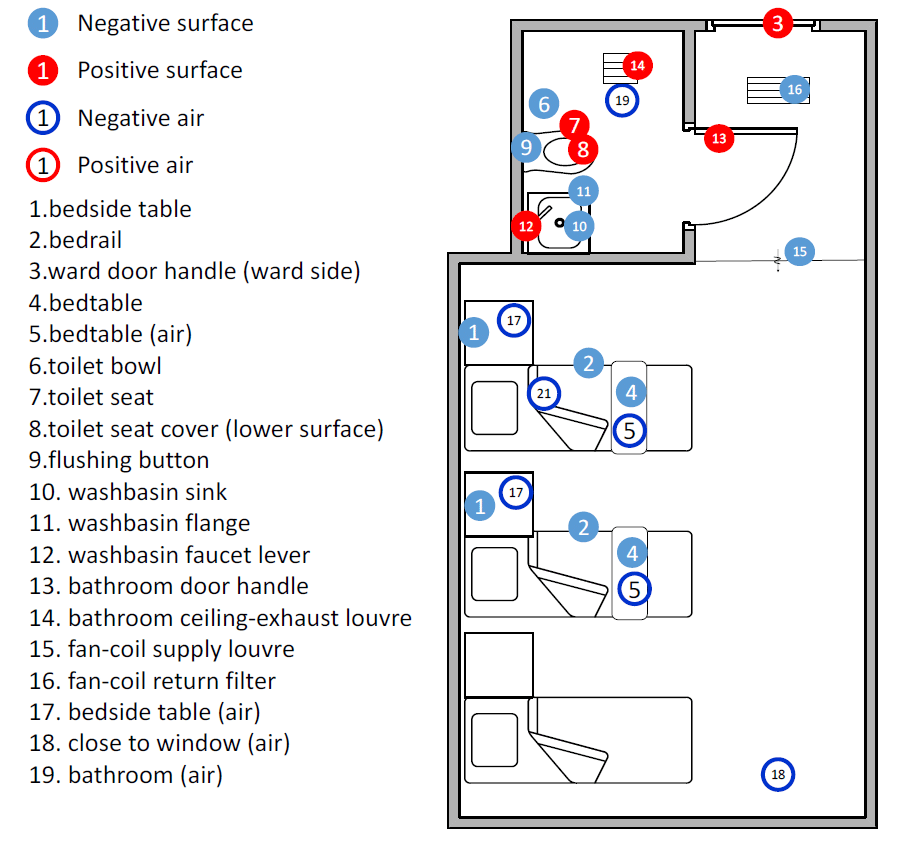 The figure shows a summary of the location of the samples taken in the isolation rooms. The red circles indicate positive samples.

The study was carried out by random sampling in 3-bed isolation rooms of the COVID-19 designated infectious diseases hospital Nanjing, China.

Environmental sampling was also carried out in four isolation room s, a nursing station, a corridor, an air-conditioning system and other spaces in the airborne infectious-disease zone on the fifth floor of the hospital.

The sampling was conducted throughout February 2020 and was extended to the roof air exhaust of the hospital. Sampling procedures are described accurately and the air sampler was twice quarantined despite wearing full PPE.

Airflow was also assessed between 4th and 5th floors in the building using a smoke tracer.

The study is very well described and convincing. Meticulous work gives credible results. No comment on the viability of isolates is reported.

This study needs replicating but fits in well with the growing body of evidence on the importance of contact transmission.