SARS-CoV-2 in Nasopharynx of Symptomatic Neonates, Children, and Adolescents

Half of the under 16s who were positive for SARS CoV-2 shed live viruses indicating the possibility of contagiousness. However, numbers were very small (out of 628 samples 23 were positive and 12 were live shedders.

Of the 638 nasopharyngeal swab samples, 23 (3.6%) tested positive for SARS CoV-2 , 12 (52% of PCR positive) from symptom start 1 to 4 days were positive with a ct around 28.
Severity of symptoms was associated with likelihood of viral culture 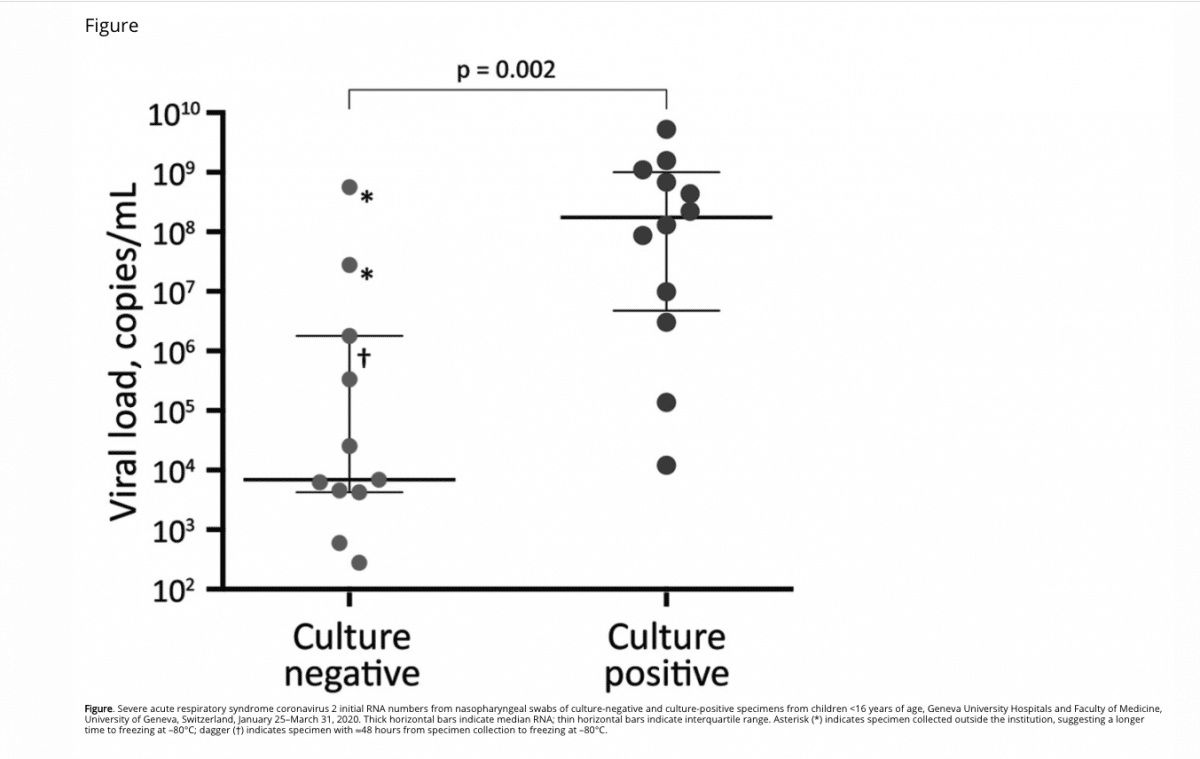 SARS-CoV-2 isolation was determined by presence of CPE and increased viral RNA in the supernatant (see the Table; and  Appendix Figure).

This is an important case series given the dearth of evidence from this age group and requires replication.