Today’s reported figure is 75 deaths in hospitals in England. 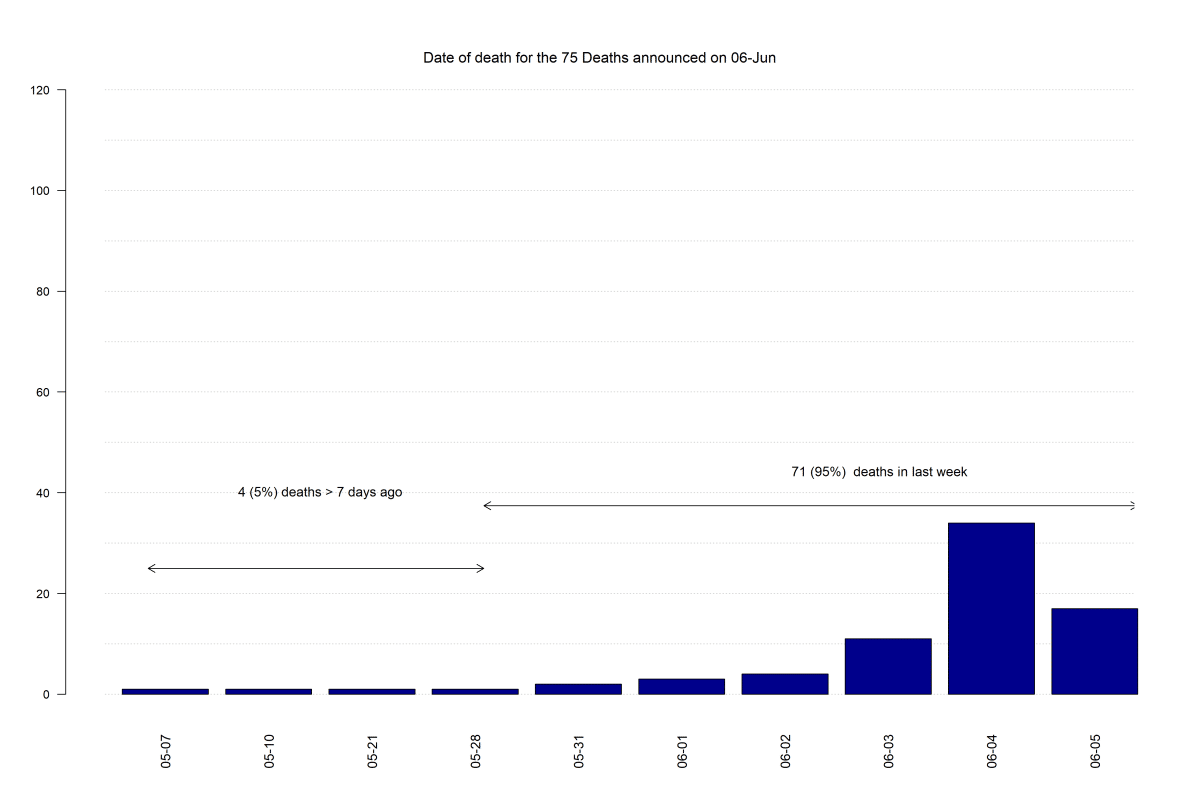 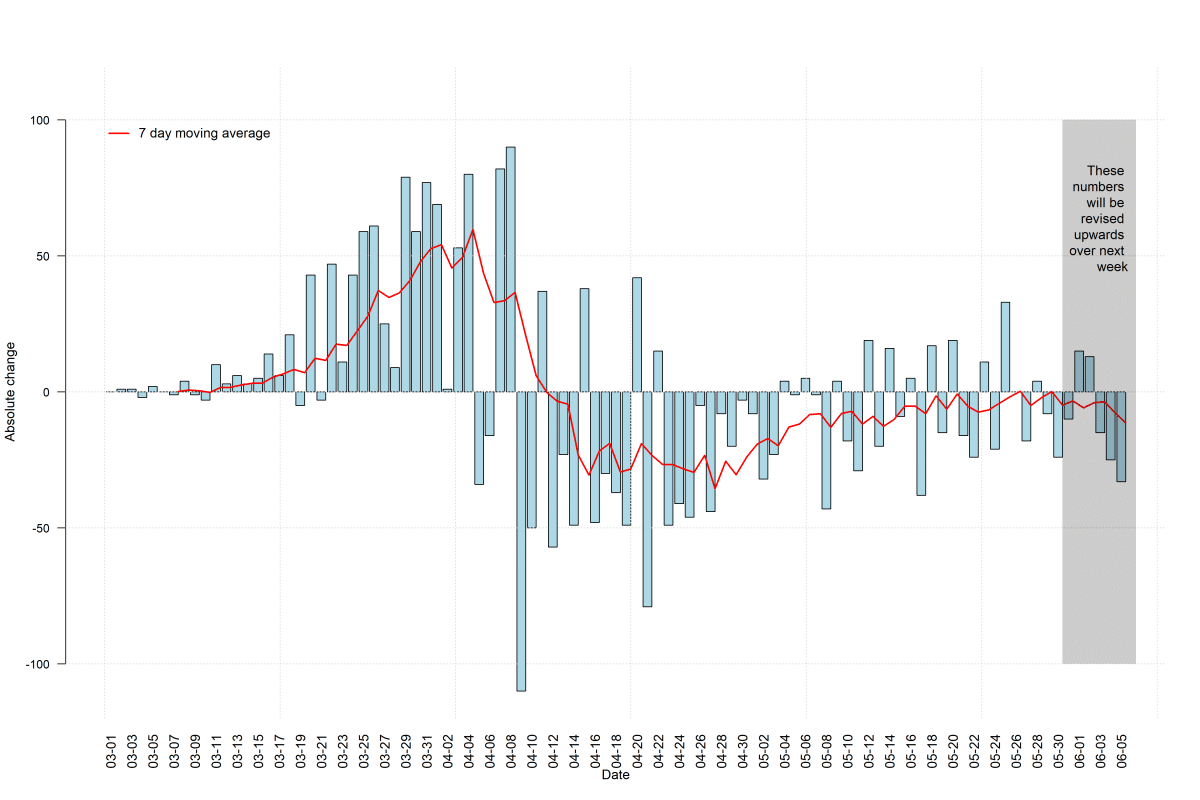 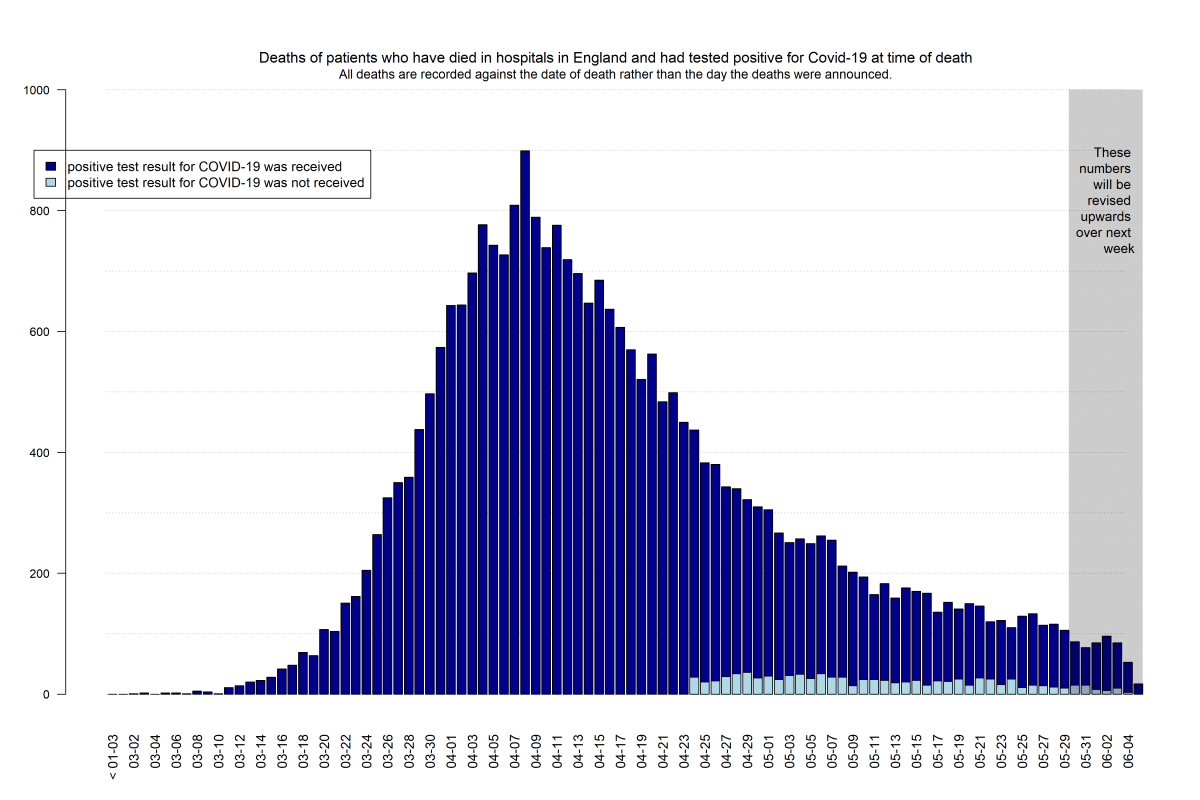 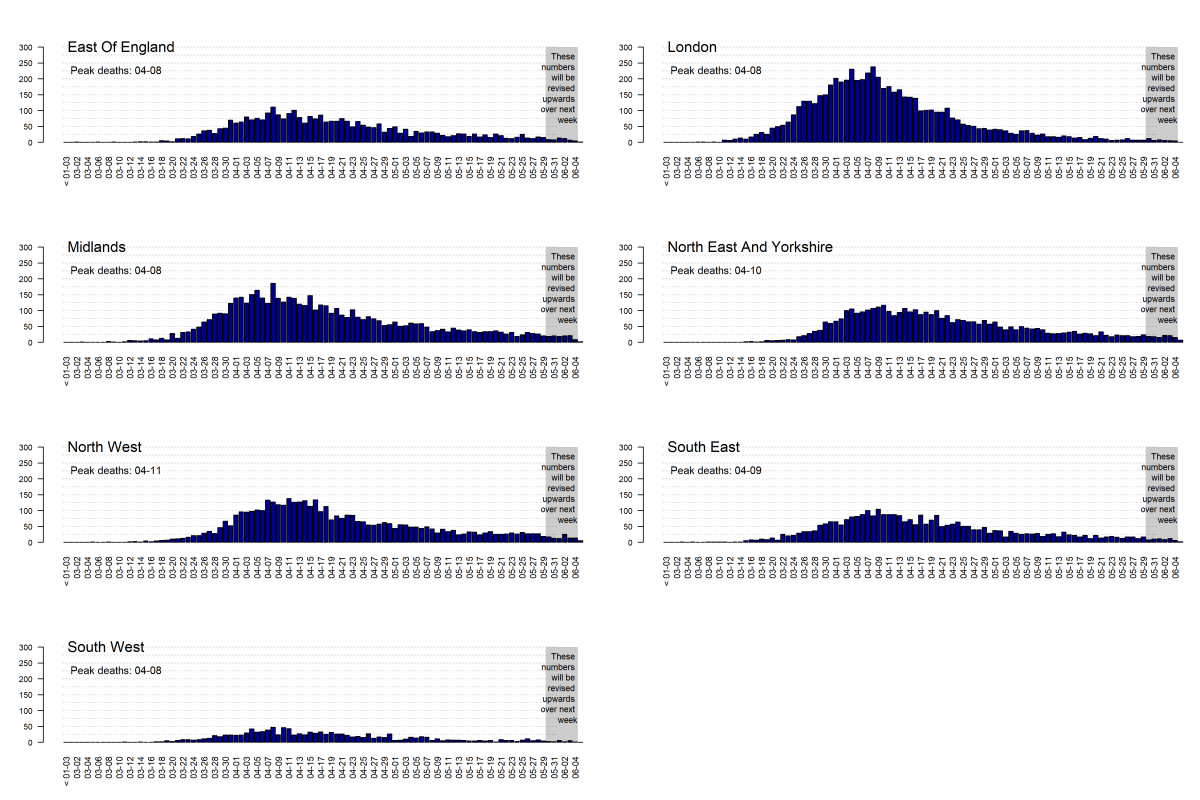 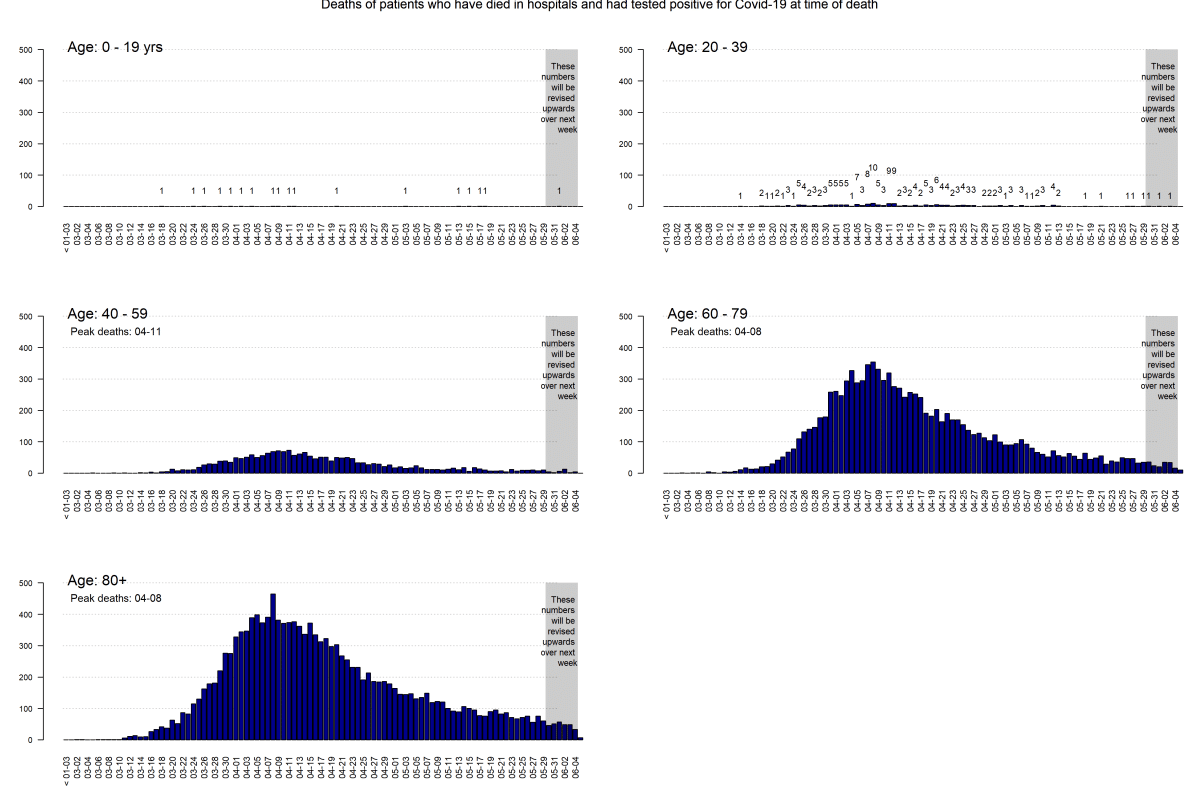