The slides leaked to the BBC on estimated COVID-19 deaths, and presented at the government press conference on the 31st October, were based on different models from at least three weeks ago.

This allows us to check the projections for November the 1st.

The PHE/Cambridge model on this date has an estimated projection of 1,000 deaths, yet deaths are averaging just over 200 deaths for this date on the government’s staging website.

We estimate the Imperial model to be projecting approximately 486 deaths on the 1st of November, LSHTM 266 deaths and Warwick 234. 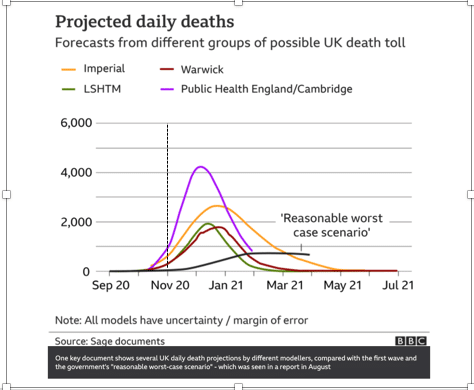 (These estimates are based on extracting the underlying data using the Grab It! software, as opposed to the raw data which we did not have access to, and so are approximations). The vertical line represents the 1st of November.

The MRC Biostatistics Unit at the University of Cambridge produces weekly projections on COVID-19 mortality.

Since the first autumn update on October 12, two subsequent updates have substantially revised down the estimated number of deaths. The October 12 update projected 588 deaths on October 30, and updates since have revised this down to 324 (October 21 for the 31st) and most recently 241 (October 28 for the 5 November). This most recent update goes up to 15 November, when 497 deaths are projected. 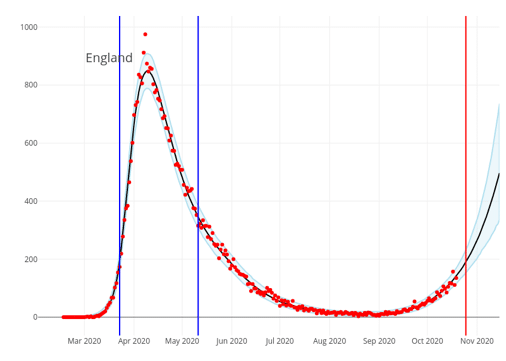 We consider the MRC Biostatistics Unit approach of regularly updating their estimates to be a more robust approach. These downgraded estimates can be seen in the figure below. 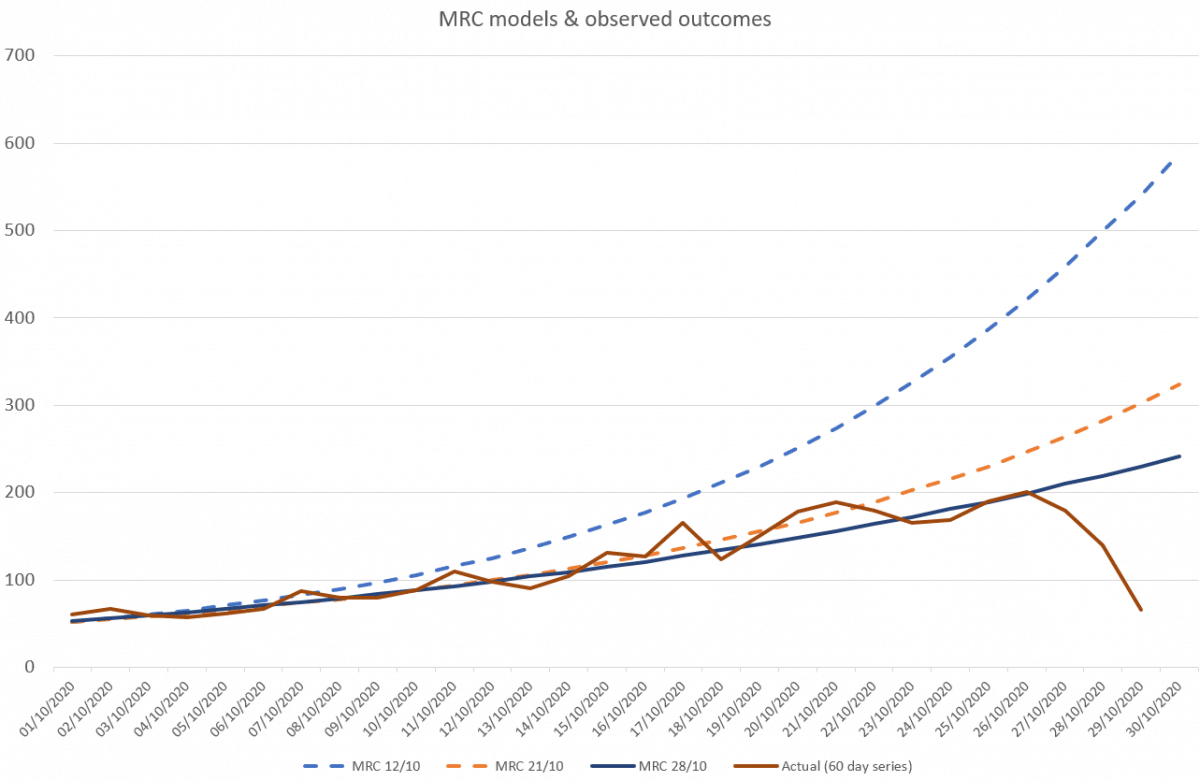 The nowcasting and forecasting approach by the MRC Cambridge Unit has led to downgrades in the estimates as more data has become available. It also gives an estimate for the next 2 weeks, a time period which is realistic. We expect a further update this coming week.  Estimating beyond this point gives rise to highly inaccurate estimates.

Two  SAGE model estimates have already proven to be invalid. We consider these analyses need checking with the raw data to verify the estimates against the actual death data and further verify whether the lower estimates reflect the actual data.