Isolation of SARS-CoV-2 in untreated wastewater in Australia

SARS-CoV-2 was deleted for the first time in Australia using RT-qPCR assay, confirmed by sequencing

Some 22% of samples from one sampling point were positive. The estimated  number of infections and prevalence are strongly correlated with the log10 SARS-CoV-2 RNA copies in stool, followed by the RNA copies detected in wastewater and log10/g of feces/person/day.

The model was least sensitive to the daily per capita flow rate of wastewater (0.042).

No mention is made of the viability of the viral material recovered, however the authors believe that with further refinements the method could be used to estimate the prevalence of asymptomatic and symptomatic cases in the population. 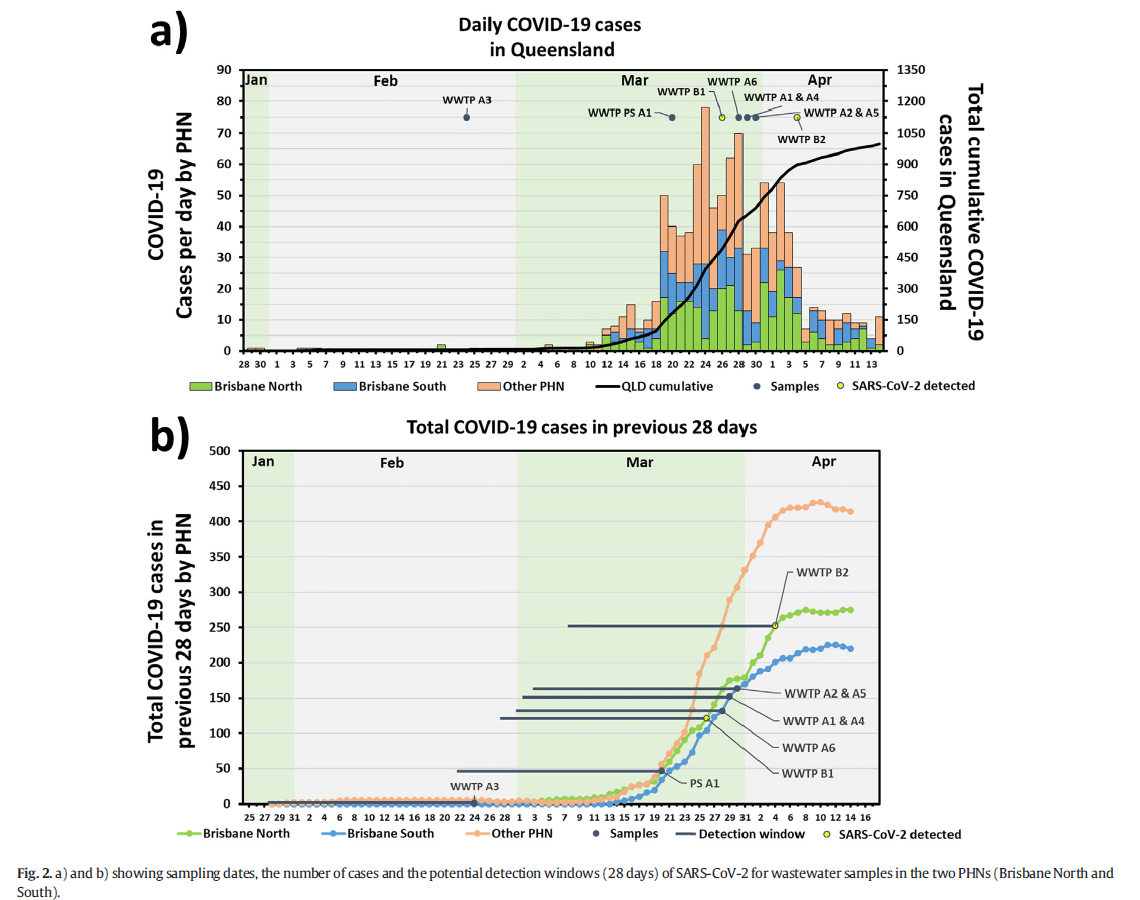 The authors studied samples taken from two treatment plants and pumping stations around Brisbane, Queensland, Eastern Australia starting on the 24th of February until 13th of April with more frequent sampling as the epidemic curve got higher. The paper describes in detail the methods for concentrating, storing and testing the samples (not reported here). Different concentration and testing methods gave different results. The authors modelled the correlation between affluent, concentration and positivity of samples and Covid 19 cases.

The study is a proof of concept and requires replication and further development. It is unclear how generalisable its results are and the tests need standardisation and development.

Wastewater monitoring has great potential to provide early warning signs on how broadly SARS-CoV-2 is circulating in the community, especially in those individuals showing mild symptoms or no symptoms at all. Tests need to be standardised. This is a proof concept study which required replication. More information on the ecology of Co-V in a water environment is necessary.