Learning in the time of Coronavirus 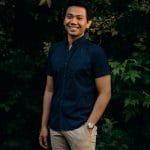 Scanning the old posts of former students sharing their intensive week at Oxford, I can’t help but envy their jubilant photos listening to their professors, interacting with their classmates, and exhibiting final assignments. If I was to share a photo of my own meta-analysis intensive week it would be Lucious, my one-year-old cat, chasing the mouse on my screen as I try to expand the ‘help admetan’ window with one hand while balancing a cold pizza on my other hand.

Like me, students across the globe are confronted with a new face in learning where raising a question requires a consideration of datelines, preparing for class is moving aside plates on the kitchen table, and staying focused means avoiding the urge to switch screens to a time-lapse video of a golden retriever getting older. Consequently, as many students and universities face similar conditions, do we not lose the distinctiveness that makes every university special? Without cutting edge facilities, glorious libraries, and other features that distinguish the calibre of universities are we not all subject to the same learning experience regardless of the institution? What do legacy and heritage even mean in a classroom that spreads 15 inches across?

I was restless with the announcement of a travel ban and a shift to online classes for the intensive week. The intensive week is when we distance learners would gather at Oxford to participate in five days of rigorous lectures. I was really looking forward to the meta-analysis course and its intensive week, being one of the main reasons for entering into the MSc in Evidence Based Health-Care. I’ve done several meta-analyses in the past and was eager to learn new techniques and solutions to difficult data extractions. In the aftermath of cancellations, many questions crossed my mind on how the intensive week would be implemented and fears trickled in. Concerns such as, how many alarms it will take to wake me up at 2:30 am Eastern Standard to get on an 8:00 am UK time class, and how many alarms I need to set to annoy and wake up my partner at 2:45 am to wake me up again after I snoozed my 2:30 am alarms.

Fortunately, during my first week, which was a preparatory week on statistical concepts and meta-analysis software, I learned that classes for the intensive week were asynchronous. This meant that although we had a limited time to submit our answers and present our ideas for the day’s lecture, we could view the lectures at our own time. I thought this was effective; not only could I cancel the numerous alarms I set with 5-minute intervals, but this also allowed me to tackle the days’ lecture at my own pace, which I think is needed during this time of lockdown.

This flexibility, however, was a difficult transition for me in the first and second days of the intensive week. Usually, in classrooms, a set time is allotted and everyone would begin and end at the same time. Consequently, you could follow the lecture during the allotted period and come back to certain topics that were ambiguous at a later time with an overall view of the lecture. In the online set-up, however, I would find myself glued to one area of the lecture and spend hours on a few slides attempting to know everything about it. Without the larger scope of the whole topic being discussed, I would realize after a few more slides that the areas I spent a lot of time on were actually later on explained in the context of a larger concept. This went on for the first set of lectures, correspondingly made my eight hours of class closer to about 14 hours. In the afternoon of the second day, I realized this was occurring and had to force myself to comply with a schedule that I created for myself. This helped me a lot and allowed me to keep my focus during the latter half of the intensive week.

Looking back, the foregoing was my only real challenge during the intensive week (aside from the insatiable appetite for cookies while studying). Initially, I anticipated that my learning would be hindered by difficulties in clarifying topics with lecturers, snags in using the virtual machine for STATA, and lack of interaction with classmates. However, this undoubtedly was not my experience. Throughout the intensive week, we always had the opportunity to ask questions and clarify ideas from the lectures on our discussion boards. We had general boards to ask questions on administrative subjects, software related issues, and the like, as well as specialized discussion boards specific to the topics being discussed for each day of the intensive week.

Although I never had to make a follow-up question since the responses from the lecturers were always very clear and detailed, there was always a chance to do so. The replies were extremely positive for my understanding of the lecture. Even until now, as I go through the weekly lectures going deep on certain subjects, I still find myself going back to the discussion boards from the intensive week and seeking replies provided by lecturers. In terms of using the online platform and the virtual computer for STATA, I had no concerns that were not resolved by logging out and logging in again or by adjusting the volume of the lectures. There were also a few early lectures that I admittedly set up to 1.25 times the normal speed. However, speeding up the lectures was not because the pace was slow, but rather because I realized it was already past midnight and I still had a few lectures to go. Lastly, I feel that both the keenness of my classmates in the discussion boards and the time limit for responding allowed me to feel that it was just like any other intensive week. We were all discussing the same topic, during the same window, and always had the option to discuss amongst ourselves questions we had by messaging each other through email or a messaging service.

The lectures were excellent and I learned far more than I would have if I opened books on meta-analysis and attempted to figure special topics out by myself. The delivery of the lectures upheld the rich tradition of excellence; the tutors and students cultivated an avenue for communication and collaboration; the discussion boards provided the feeling of an intimate teaching environment that nurtured unconstrained scientific inquiry, and a culminating exercise fostered innovation and critical thinking. This was my intensive week and it sure felt like it was any other intensive week at the Rewley House. Even without being physically present, I knew this was Oxford.

In this world of silence filled with hearts piercing with uncertainty, it is nice to know that certain experiences remain unchanged.

Red Thaddeus D. Miguel is undertaking the Meta-analysis module as part of the MSc in Evidence-Based Health Care. He is based in Ottawa, Canada where he works at Thera-Business. The views expressed are those of the author and do not necessarily reflect the views of Thera-Business.

Acknowledgments: I would like to thank Dr. José M. Ordóñez-Mena for providing me with a draft of his post and for encouraging me to write the student’s point of view. Thanks also to Dr. Isabella Steffensen for her helpful comments on my writing and for the continued support she provides me in undertaking my studies.