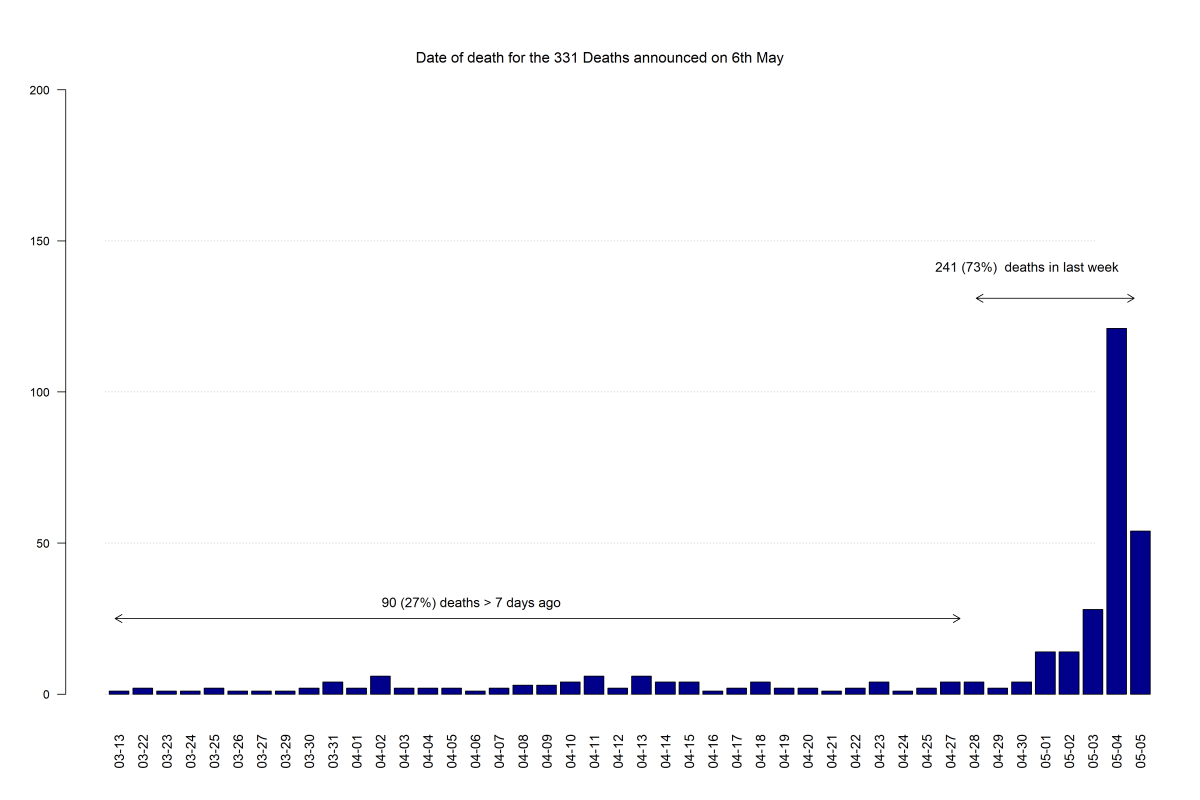 Reporting delays from the weekend often mean Mondays counts are often lower.  For comparison: the reported deaths in hospitals in England on the same weekday 1, 2 and 3 weeks ago were: 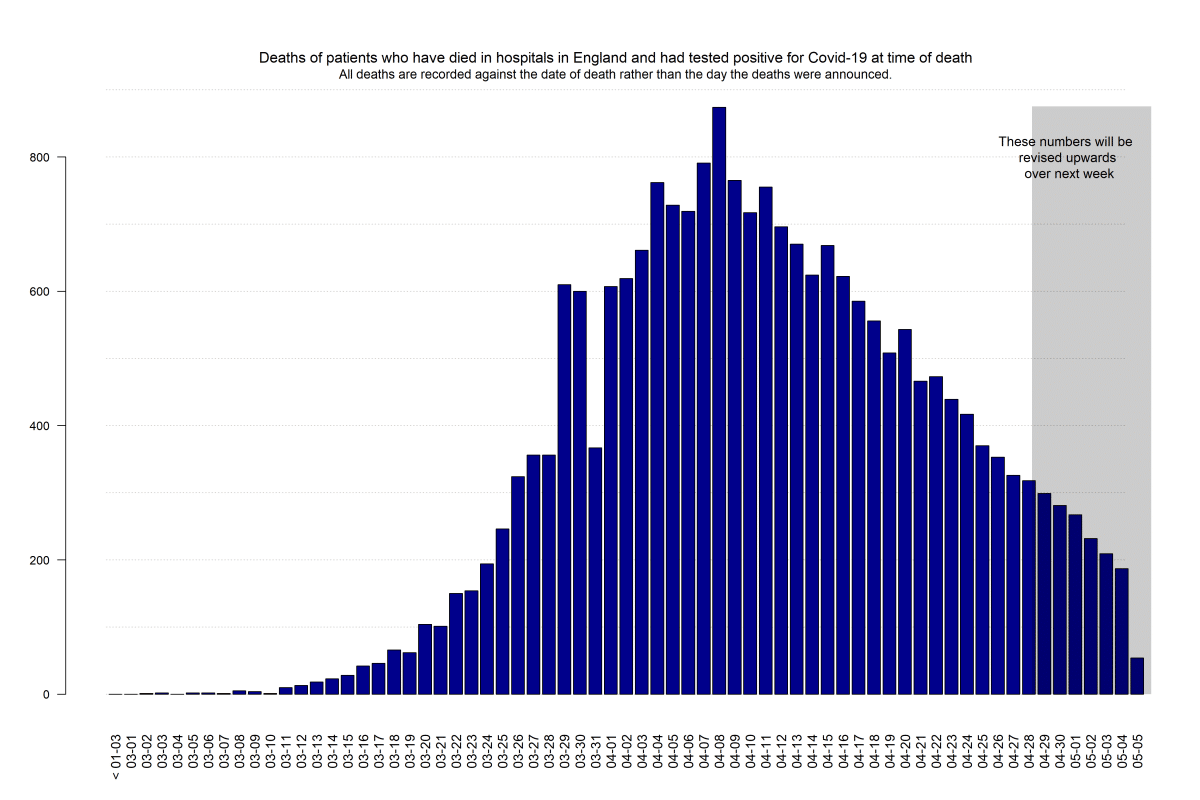 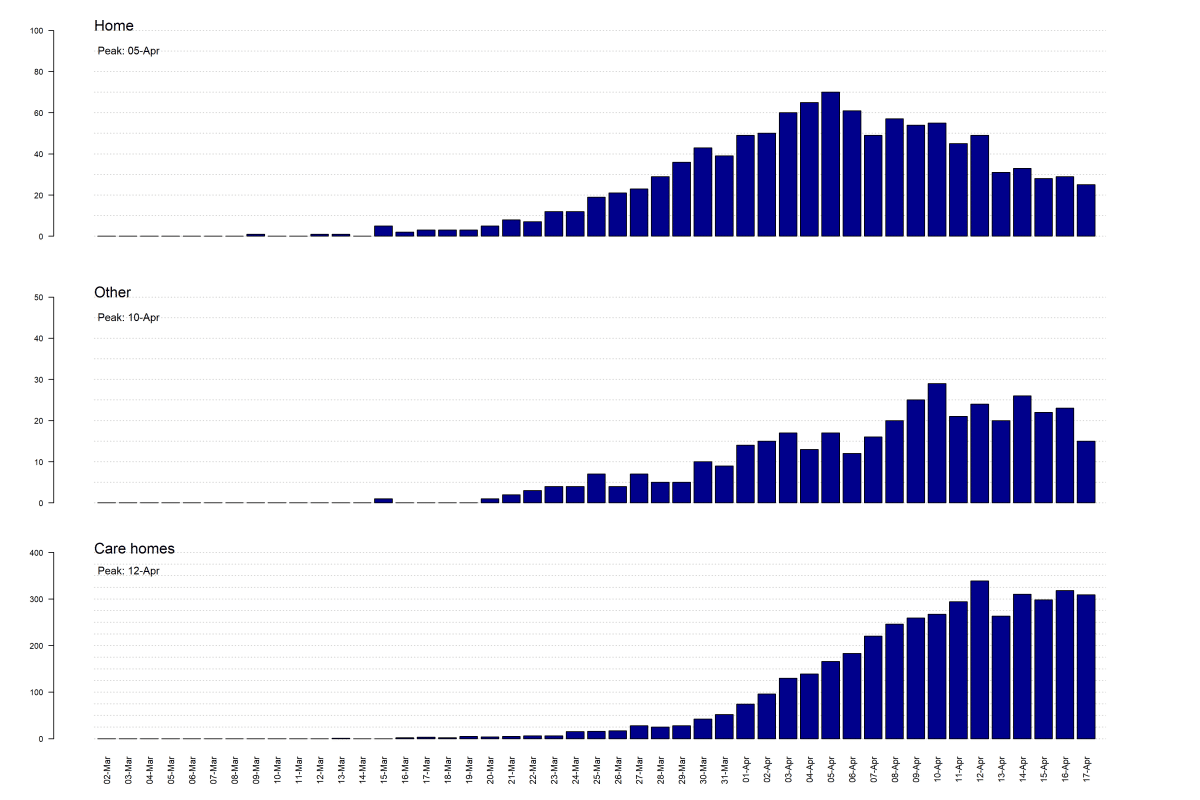 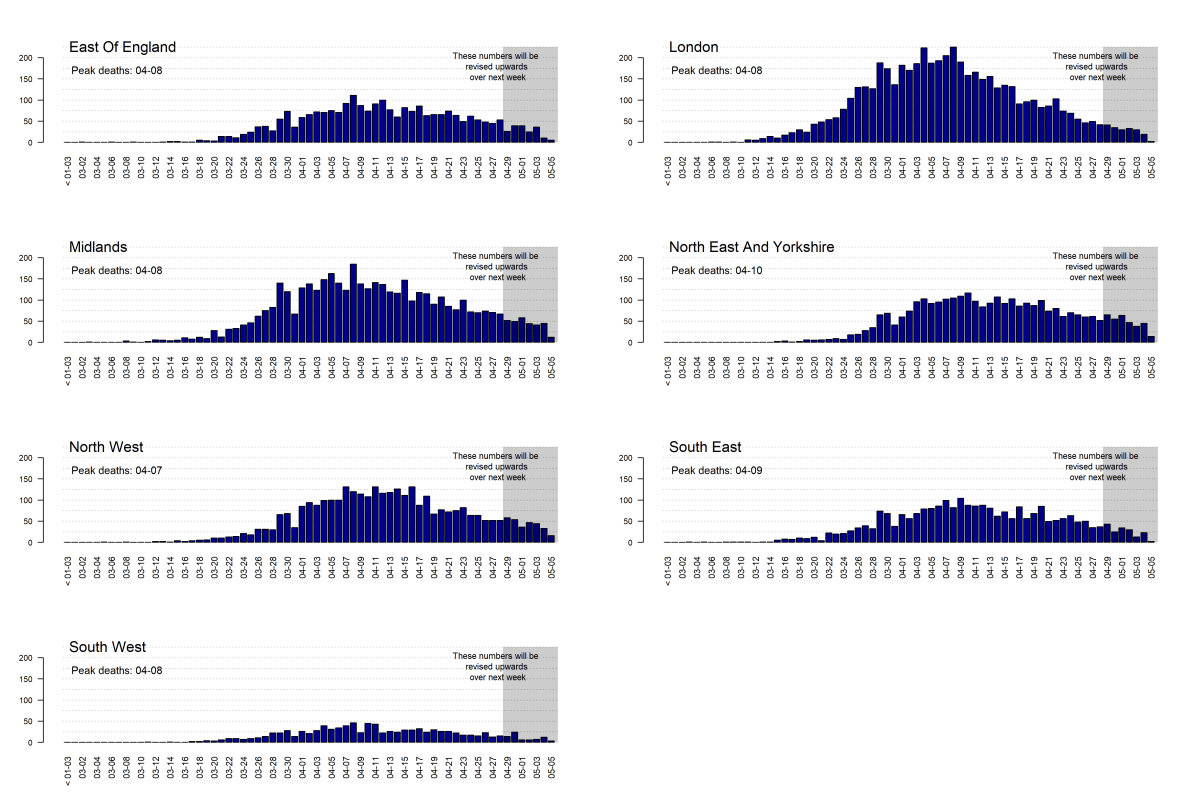 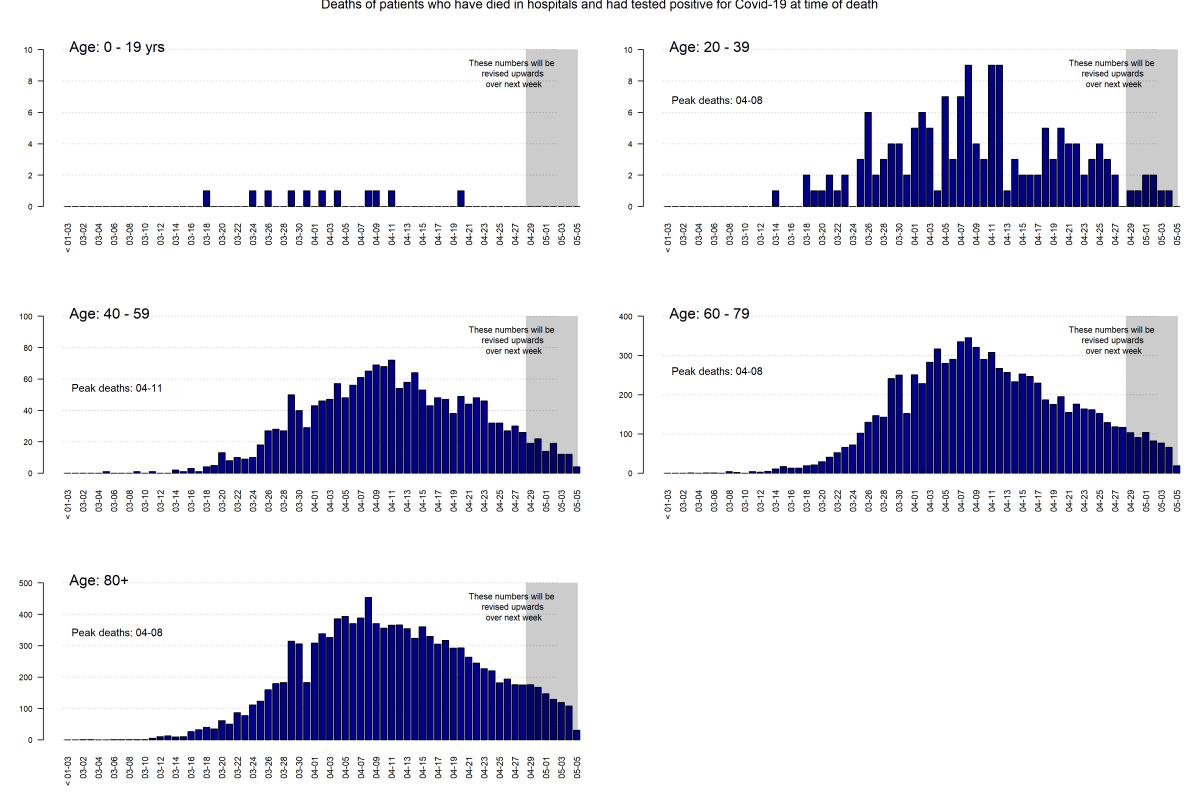 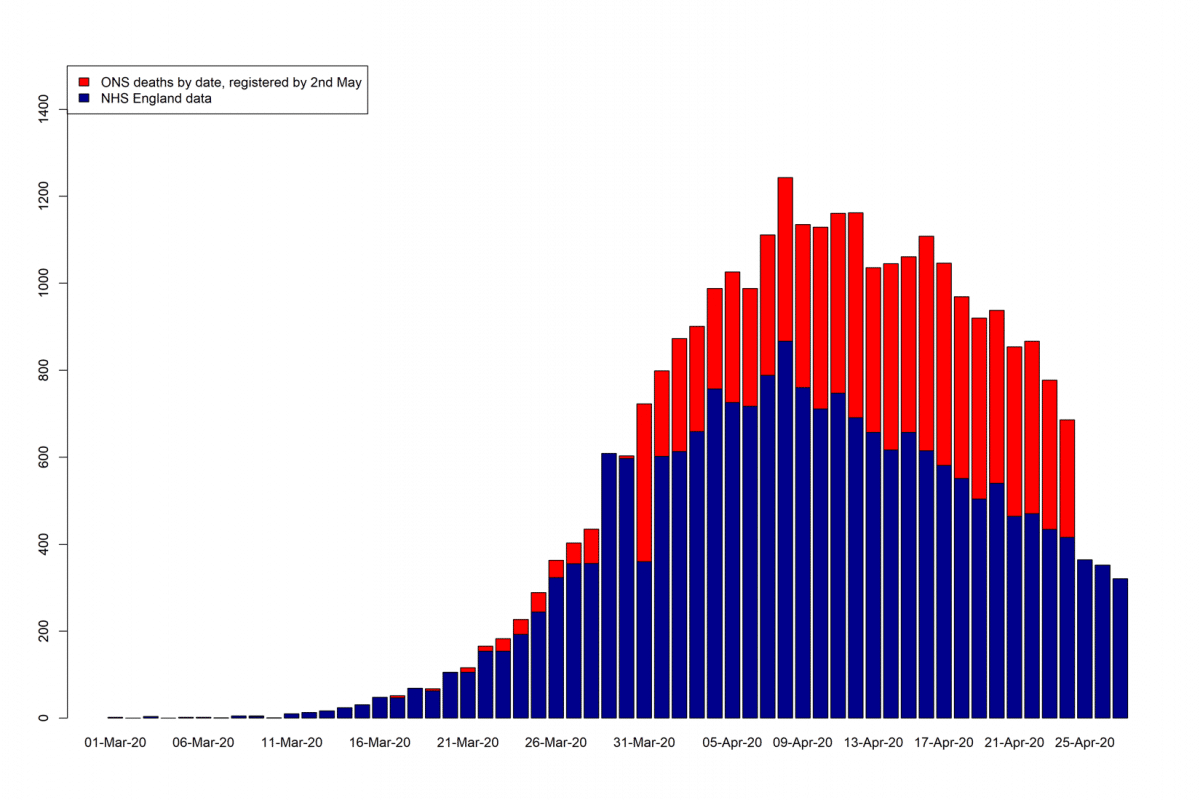